It started with the images from thousands of miles away that dominated the news at the end of the summer. “I watched on TV, as we all did, when Afghan refugees were piling onto airplanes, struggling to get out of Afghanistan, and out of the terrible situation there,” said Don MacGowan, outreach chair at St. Peter’s, Mountain Lakes.

He went to St. Peter’s Rector, the Rev. Michael Muller, and said, “We’ve got to do something.”

MacGowan and his wife, Diane, began researching refugee resettlement online, which led to an invitation to a webinar where they were introduced to the work of Church World Service and the International Rescue Committee.

“After the webinar we reached out to both organizations to let them know we wanted to help in some way, and CWS came right back to us to discuss possibilities,” said MacGowan.

“Michael Muller and I met with several CWS people in a Zoom call, and it was evident from the start that they know what they’re doing and are well prepared to guide us in how to get started. They told us that the most fundamental need in refugee situations is housing.”

MacGowan and Muller were aware that the rectory of a fellow church in their Regional Ministry Network, Constance and Her Companions, had been empty for over two years. (For the privacy of the refugee family, and at the recommendation of CWS, the town in which the rectory is located is not being disclosed.) In early October they approached the church’s Vestry with the suggestion that they make their rectory available for Afghan refugee housing for six months, a year, or even more. The Vestry was cautiously interested and willing to talk more. Muller also discussed the idea with the Constance Region clergy group.

The outreach committee of St. Mary’s, Sparta was already providing financial support to Episcopal Migration Ministry’s Afghan resettlement work, but “we wished there was a way we could do something even more hands-on,” said the Rev. Dr. Debra Brewin-Wilson, St. Mary’s Rector.

After learning about the budding local effort from Muller, Brewin-Wilson said, “I came back to the outreach committee and told them about it and they were very enthusiastic.”

Church of the Saviour, Denville had already worked collaboratively with St. Peter’s, Mountain Lakes on other projects, including the recent “Got Faith?” series, and was also eager to be involved, according to its Rector, the Rev. George Wong.

The clergy from the six congregations did a site visit of the empty rectory, along with MacGowan and several Vestry members of the church that owns the rectory.

“We talked about this undertaking together, we walked through the rectory and agreed it is a good house with four bedrooms, two-and-a-half baths – a full-size house, for a full-size refugee family,” said MacGowan.

“There was agreement among that group, saying ‘Let’s try to make a go of it.’”

They invited CWS to join a meeting with the Vestry to answer questions and address concerns. “They gave clear answers about responsibilities,” said MacGowan. “We learned that CWS carefully vets families, they check out the communities in which they might live, they examine the house being offered, and they gauge the people involved in making it all happen. They've got checklists galore to be sure they don’t miss anything. They say, ‘Our job is to match you with a family that we think will be right for your situation.’”

CWS is flexible in working with family sponsors to decide who will be responsible for the needs of the family being hosted. They discuss the extent to which the six churches want to get involved with helping the family make social services arrangements in the community, or with medical services, or education, or learning English as a second language, or exploring the neighborhoods. “The six churches can decide if we want to do some or all of those things. At one extreme, we might simply say to CWS, ‘Here's a house, and you handle the rest.’ Or we might say, ‘Here's a house, and we want to be very involved in getting the family settled.’ We can pick any point in this continuum and say, ‘This is what we're willing to do.’”

The Vestry’s biggest concern was, ‘What happens if things just doesn't work with our family?’ to which CWS said, ‘We place them elsewhere, and bring in another family we feel will be better suited.’” It was the needed response.

On Saturday, Nov. 13, 35 volunteers gathered at the rectory for a workday. They did a deep cleaning of rectory, touched up paint, and did some electrical work and some small repairs. They also gave the front and back yards a thorough fall clean-up.

St. Mary’s Sparta staked out the kitchen as their contribution, “because cooking and food are very important here at St. Mary’s,” said Brewin-Wilson.

A St. Mary’s parishioner who has woodworking skills went to the workday with her husband. The two of them repaired the kitchen cabinets and window trim, while Brewin-Wilson’s husband replaced electrical outlets.

For dishware, “we basically raided St. Mary’s,” said Brewin-Wilson, “because St. Mary’s has a lot of nice heavy serviceable sets of dishes and mugs and stuff like that. Then using some of the funds that the outreach committee set aside, a few of us went out and bought the pots and pans, some of the small appliances like a coffee maker, toaster, blender – things of that nature – and then some other people donated other niceties that would help make it feel welcoming for them.” St. Mary’s is also providing additional outreach funds to replace the exhaust fan and lights over the stove.

Wong, the Rev. Deacon Ken Boccino and a couple of Denville parishioners also participated in the workday – and they brought along a Presbyterian neighbor, who learned of the project after Wong shared it with a clergy colleague in Denville, Pastor Tim Clarkson of Union Hill Presbyterian Church.

“You see this circle starting maybe from Michael [Muller] and myself – an initial spark,” said Wong, “and then growing to six churches plus my friend Tim Clarkson at the Union Hill Presbyterian Church. Probably other people will join in too.”

Wong continued, “These boundaries that we erect – even between our own churches – they're just not helpful and we've got to start knocking them down. This is a small piece of that.”

Brewin-Wilson agrees. “I think so often we kind of get in our parishes and we get a little isolated, and we think that it's all just on us or we can only look at our town boundaries,” she said. “But I think if we could learn to work more cooperatively across the regions, across the diocese, I think really good things could happen.”

Since the rectory was unfurnished, the churches used Sign-Up Genius to solicit donations of furniture, housewares, and supplies. MacGowan reports, “We’ve had 78 submissions with everything from living room furniture and a beautiful hutch for the dining room, to beds, to rolls of paper towels and toilet paper, and everything in between. We’ll have a house with plenty of furniture, to the point where we may need to weed some of it out. It’s a good problem to have.”

A plus for the Afghan refugee family is that the rectory is in a town with a mosque, and a Muslim community that includes Afghans who are already settled in town. Muller has been in touch with the imam, who is excited to welcome the new family. “It means there will be people around the refugee family who know their traditions, their customs, their language, their fears, and who will be able to guide them as they adjust to their new country and new community,” said MacGowan.

The churches already have a favor to ask of the mosque: to put them in touch with native Afghan members who can guide them in shopping for food that will be familiar to their incoming family.

“None of us can remotely imagine what these refugees are up against, being completely displaced at home, getting on a plane without knowing where they will end up – that’s what they're dealing with,” MacGowan said.

“We’re happy to be able to welcome them to New Jersey – to a decent home, a good community, people surrounding them that they'll be comfortable with, and the support of CWS, six churches and a mosque looking to do whatever we can to help them succeed.” 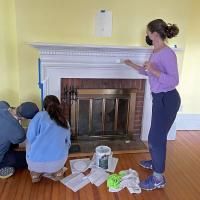 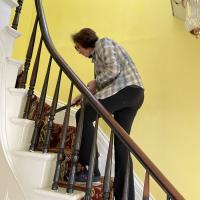 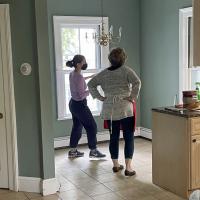 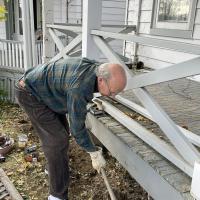 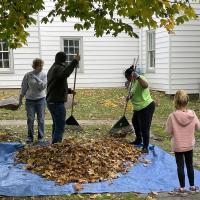 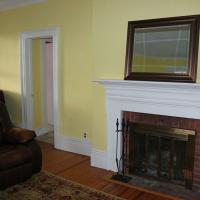 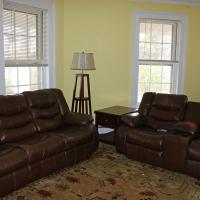 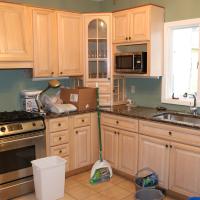 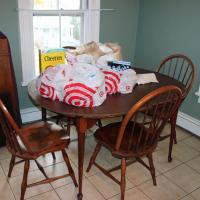 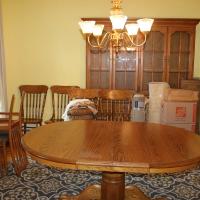 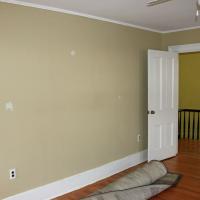 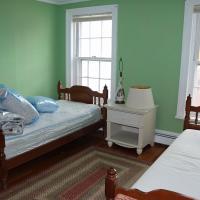 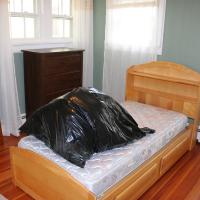 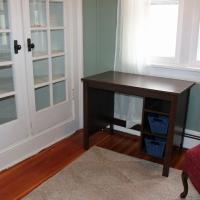 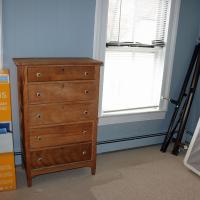