June 21, 2022
By:
The Rev. Deacon Diane Riley
The crowd at March for Our Lives in Newark's Military Park. The spire of Trinity & St. Philip's Cathedral can be seen in the background. DIANE RILEY PHOTO

Moved by sadness, anger and a feeling of helplessness, my husband Elven Riley and I got up the morning of Saturday, June 11 and joined over 100 advocates from the surrounding area for the March for Our Lives event held at Military Park in downtown Newark. We learned a lot and left inspired.

We heard from the Mayor of Montclair, Sean Spiller, who spoke about his very real fear for his two young children and their safety. As a teacher he also shared his concern for colleagues, his students, and the new and ever-present anxiety that comes with the everyday activity of going to work and school.

I was proud to be from New Jersey, where elected officials like Senator Robert Menendez and Congressman Donald Payne Jr. have a commitment to and a long history of sponsoring and voting on legislation to curb gun violence. I could not help but say “Amen” to Senator Menendez’s comment "Every single mass shooting is the result of a policy failure. It's time we go beyond thoughts and prayer."

Even as New Jersey has some of the strictest gun laws in the country, I know we need to do more so I asked Congressman Payne what we could do. His advice was a little surprising but very sound: Align yourself with a national organization that is working in other states, especially those surrounding New Jersey, with less restrictive laws and work to support that organization’s efforts in any way you can. Sounds simple, but not what I expected.

Young people are our future. Remember when you believed you can change the world. High school student Maylyn Rodriguez knows that the groups of young advocates she works with will change the policies that will drastically reduce gun violence. In a passionate speech she spoke about holding elected officials across the country accountable. From her point of view, they cared more about who she loved and what she could or could not do with her body than protected her from harm.

Wear a bright and identifying tee shirt and you will make new friends. That is how we met Emily Barker from St. Paul’s in Jersey City. We did not feel so alone. We left hopeful and energized by the commitment of people and their dedication for change and felt part of the change too.

The Rev. Deacon Diane Riley and her husband Elven Riley are members of Grace Church in Madison. 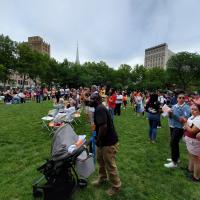 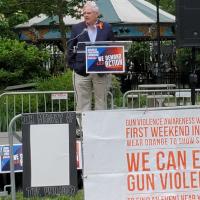 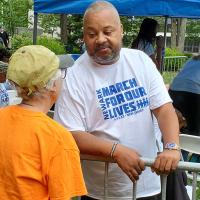 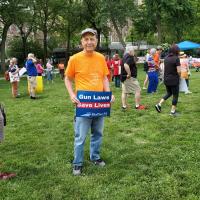 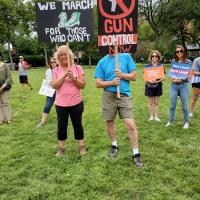 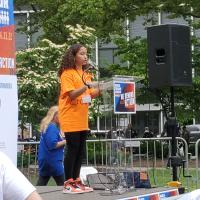 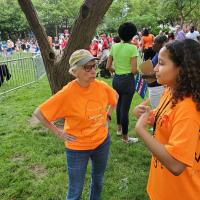 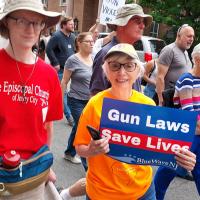