October 13, 2016
By:
The Rev. Miguel A. Hernandez, Priest-in-Charge of Holy Trinity, West Orange

This past summer from June 8 to July 23, Holy Trinity Church in West Orange held its third annual “God and Science” program for young members of the church and the community. Building on its successful first two years, this year the program was expanded to include art and music, as well as career talks by professionals in various fields. A record 28 young people ages 10-18 attended.

To establish the connection between creation, science and the gifts of music and art, each session started with a Bible reading from the creation story and prayer. Debora Blue and Beatrice Hernandez introduced the young people to the basic elements of music, while Magno Parada worked with them to demonstrate what it takes to be a graphic artist, and Jose Ramirez introduced them to the art of cartooning. The young attendees enthusiastically drew their own cartoons and experimented with graphic art shapes.

The program also continued its science component, using Radio Shack electronic kits to discover how everyday things around them function. More advanced and challenging kits were acquired for the returning students who were already familiar with the basic kits.

Holy trinity will continue and expand this program next summer, and invites the children of West Orange and surrounding towns to be part of it in 2017. 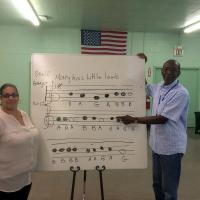 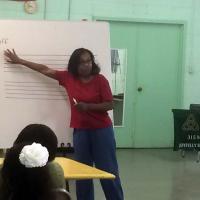 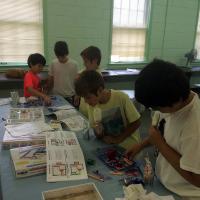 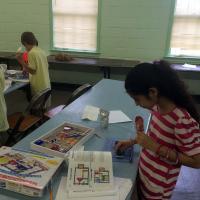 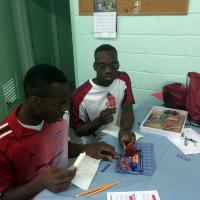