Newark Shared Ministries, an alliance of urban and suburban congregations and other partners, is launching its most ambitious effort to date: a program helping adults in Newark prepare to earn their high school equivalency diplomas.

“We’re looking at six to eight students to begin the program,” with the hope of expanding later, said Chris Whitaker, who has been hired as the startup manager for the effort. Whitaker also serves as youth minister at Christ Church Short Hills, one of the participating congregations.

“What excites me about it is it’s a new way of doing church,” said the Rev. Mary Davis, rector of St. Paul’s Chatham, another participating congregation. “Newark is our neighbor, and we want to be there.”

Volunteer tutors will work with students at House of Prayer in Newark, where Charlotte Chappel, a member and former warden, has helped develop the program. “We’re forever grateful that Bishop Beckwith had the foresight to see what could be,” she said.

In addition to the three congregations, Newark Shared Ministries is guided by representatives of the Diocese of Newark, the General Theological Seminary in New York, and Apostle’s House, which is a shelter and social services organization located two blocks from House of Prayer on Broad Street. The first group of students will be current or former residents of Apostle’s House. General Seminary’s involvement is in the form of seminarians serving internships.

The group receives logistical and administrative support from the Newark chapter of YouthBuild, a national organization. The Newark group has more than a decade of experience working with disadvantaged young people, providing high school equivalency instruction as well as practical training in construction trades.

Bishop Mark Beckwith and Canon to the Ordinary Greg Jacobs have been active participants in the development of Newark Shared Ministries, and the group has received support from diocesan grant programs, including ACTS/VIM and the Marge Christie Fund. Newark Shared Ministries has previously sponsored other programs at House of Prayer, including vacation Bible school and health-related seminars.

The program has gotten a major assist from “a wonderful association with a group not affiliated with any church, called the Carpenters’ Club,” said Joe LaVela, a warden at St. Paul’s. The club members are retirees who volunteer their labor for construction and renovation projects. At House of Prayer, club members extensively renovated the space that will be used for tutoring sessions, installing new flooring and ceiling tiles, painting, insulating, and repairing a stairwell. “The Carpenters’ Club has done an incredible job, they deserve many kudos,” Chappel said.

Carpenters’ Club is not really a club, and it doesn’t have any carpenters, said Joe Schachtele with a laugh. Schachtele is one of the leaders of the group, which evolved from an alliance of friends who regularly volunteered together for Habitats for Humanity builds. “None of us ever worked in the trades before, we’ve acquired our skills on the fly,” he said.

The group has about a dozen regular participants, split roughly equally between men and women. All are retirees, and include a former school teacher, two scientists, a police officer and various business people. Carpenters’ Club members still also volunteer at Habitat for Humanity, and the group has done two-week volunteer stints in New Orleans and Biloxi, Mississippi (Hurricane Katrina), Tuscaloosa, Alabama (tornado), Iowa (flooding), and even internationally, in Guatemala and Guyana.

Representatives of what is now Newark Shared Ministries began meeting three years ago, with no goal beyond a desire to do good works in Newark. LaVela said an early idea was to have business volunteers work with young people on job skills. But the group realized that “for the kinds of jobs you can get without a high school degree, resume skills and interviewing skills are not going to be very useful,” he said. “What would be most useful would be to get a high school degree.”

The high school equivalency program is still looking for volunteer tutors, who will be asked to take part in one of two training sessions on Saturday, October 15, or Monday, October 17. The training will be held at House of Prayer from 9 AM to 3 PM, with lunch provided. The tutoring itself will take place on Mondays and Wednesdays, from 10 AM to 12 noon. Interested volunteers should contact Whitaker at info@newarksharedministries.org, or 973-379-2898, ext. 111. 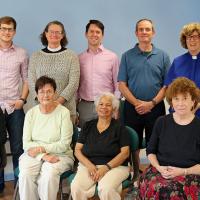 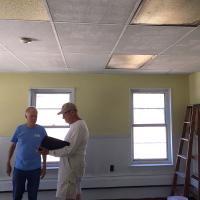 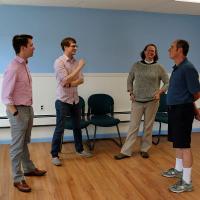 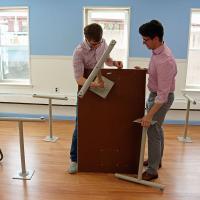 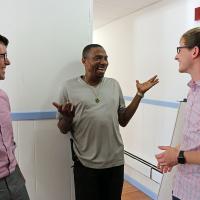