On Saturday, December 2, the Dzieci Theatre Company returned to Christ Church in Bloomfield & Glen Ridge to offer their Fool’s Mass, and those who attended are still reverberating from the emotions the service brings to the surface. And, it was a Mass, not a performance. From the moment everyone arrived to find the doors closed, leaving us all in expectant waiting, to the end when we walked out in silence, the laughter and tears these characters brought forward were surprising and thought-provoking.

The Mass begins in chaos that some, who serve in churches might find familiar – people aren’t there on time, someone is setting the table differently (and being admonished for it), and all of it is a bit messy. While the attendees stood outside waiting to go into the church, the door opens, and one of the “fool’s” pops his head out to tell us, in character, that it’s not time yet. Before he can finish, another one rushes past him with a bell, ringing for all the world to hear, and the first chased him down Bloomfield Avenue in a hilarious keystone cop routine (much to the surprise of the drivers stopped at the light next to the church).

We were eventually led into the church, greeted by other characters – each of them carrying a bit of anxiety mixed with pure joy that a Mass was to begin. You see, their beloved priest has not arrived, hence all the confusion for them. Everything is set for the Mass, and one goes to find the priest, and returns to announce that he is dead. After a brief moment of despair, they decide they must continue with the Mass. And so, the service begins. We all soon found out that this was not a sit-and-watch experience. This was a Mass in which we were impelled forward – physically, emotionally, and spiritually, into full participation.

Clair Hiles, a classical pianist, visiting from England, was pulled from her pew to read the lesson for the day. After her reading, they thanked her repeatedly, hugging her as she returned to her seat. It filled my heart to see such joy at hearing the Word. Ms. Hiles wrote to the Dzeici company later about her experience of the Mass:

“I have not been able to stop thinking about it and the raw, opening, loving and generous gift you gave us all. To embody these characters, (who can be historically so challenging to society as a whole), was such a rare and powerful mirroring for every one of us... I grew up with two mentally and physically disabled “special needs” brothers, who were and continue to be, central to who I am and the life I live today. Much of the “chaos” and unfiltered self-expression I witnessed in Fools Mass, was pretty much the family scene in which I grew up. I have seen and experienced first-hand, the transformative and healing nature of the “arts” and to witness the depths and commitment from you all was a beautiful and sacred experience. You have made a deep impression on me through the latter days of this incredible year. Bless you and know, we all need this work and play in our hearts and lives.”

As the service continued, the various attempts at reading the gospel, or setting the table for the Eucharist, had us all laughing at the sheer joy of what was happening. Yet you could sense the wonder and powerful witness to Christ during the “sermon,” in which one of the cast members told the story of this group of “fool’s” and their beloved pastor. No one wanted them. They had nothing. They were outcasts. Their pastor took them in, and gave them shelter and food, and they literally sing praises to God, as he had formed them into the church choir. It was the gospel we all know lived out – in them. And oh, how beautifully this choir could sing.

Amid all the chaos and buffoonery, throughout the service, the company sang hymns and chants dating from the 8th to the 14th century: Rex Caeli Domine, Gloria Sei Dir Gesungen, Aus Tiefer Not, and Ich Steh an Deiner Krippen Hier. Their voices were hauntingly angelic, the sounds rebounding off the stone facade of this neo-gothic nave, leaving us breathless by its sheer beauty.

There was a nativity scene these “fools” put together too, engaging those of in the pews as “Joseph,” and a few animals (I ended up as a pig in the stable). When it was time for the Eucharist, the chaos paused as “Mary” made clear it was time. The bread, Jesus, was birthed from Mary, only to be “killed” by another as it was held high. Not a word or movement was made – just the vision of what had just happened. It was a Eucharistic prayer unlike any other, and with such a powerful impact that it will not leave my heart, but remain there, to be felt with every Eucharist I celebrate.

Fool’s Mass is a brilliantly engaging worship experience that strips bare our preconceptions of liturgy, and brings us deeply into an experience of Jesus Christ, and the gospel witness of his love and humility. It will challenge you, touch your heart, and make you laugh, but it will not be something you can passively ignore once you have experienced it.

For more information on Dzeici Theatre visit their website, dziecitheatre.org. 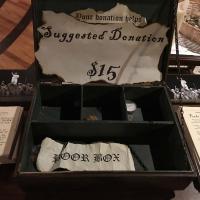 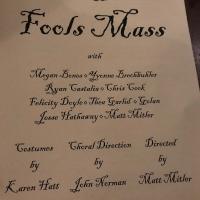 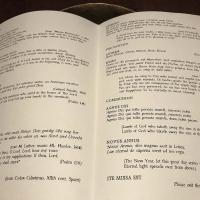 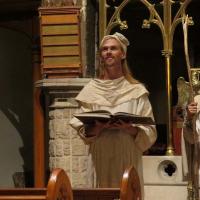 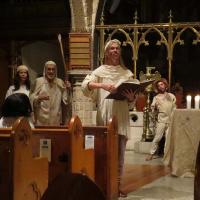 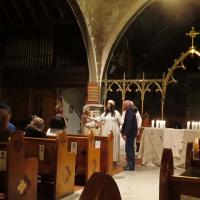 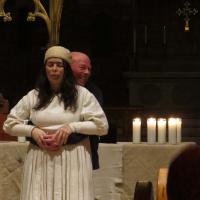 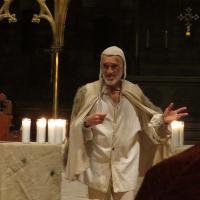 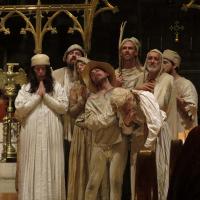 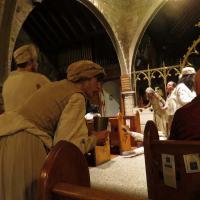 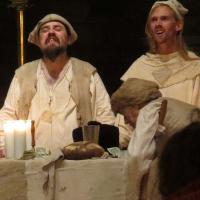 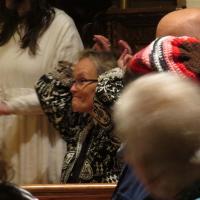 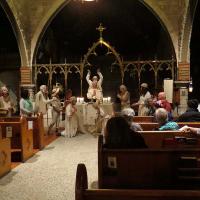 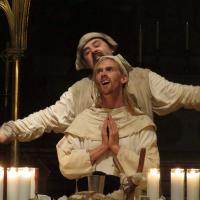 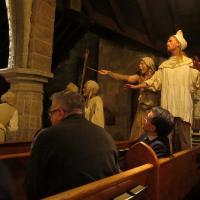 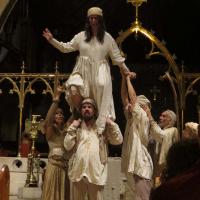 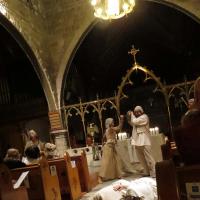 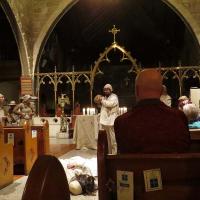 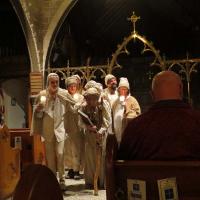 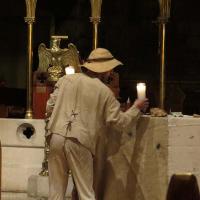 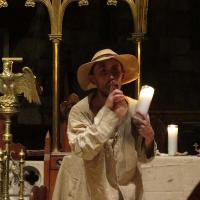 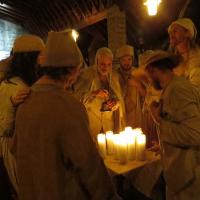