Dispatches from the "Going Local" journey

Listening isn’t easy – but if one persists, it does bear fruit. That was the consistent theme of the reports from the six congregations who came together at Episcopal House on Saturday, March 5 to check in with each other on the Going Local experiments they are launching.

The teams from the congregations in the first and second cycles of Going Local, which are referred to collectively as “Going Local 2.0,” spent the morning reporting out, giving feedback and addressing questions, supported by myself and John McLaverty of The Missional Network.

Going Local is a process that invites clergy and congregations on a journey together. On the journey, relationships are formed and developed with God, each other, and neighbors. Through five cyclic practices, we are learning what it means to be God’s people in a complex world – and join God in our neighborhoods.

Teams from St. Andrew's, Harrington Park, St. David's, Kinnelon and St. Stephen's, Millburn started the first cycle of Going Local in March 2014. A year later, in March 2015, the second cycle launched with teams from St. Peter's, Livingston, All Saints', Millington and Church of the Messiah in Chester.

"Dwelling in the Word," in the passage of Luke 10:1-12, is the foundation for all we do in Going Local. The Luke story becomes a new lens through which we see our neighborhoods and communities – it is a new lens for living. It was through their "Dwelling in the Word" during the November 2015 congregational gathering that the teams developed the criteria that are to be the touchstone for all their experiments. These criteria are captured in the notes pictured below: 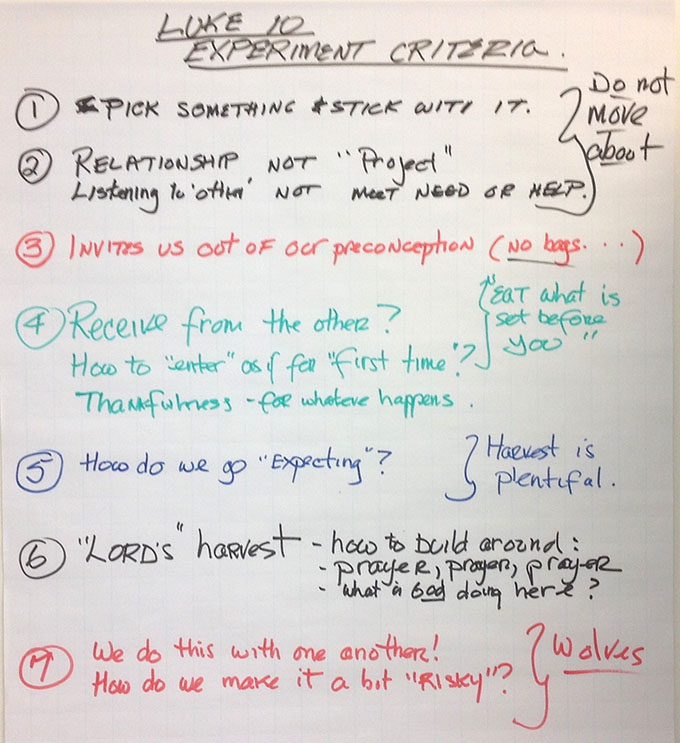 Although most of the work of Going Local takes place within the congregation, approximately every three months all the teams come together to share learnings.

Early on, the team from St. Andrew’s, Harrington Park struggled with what it would mean to receive rather than to give. 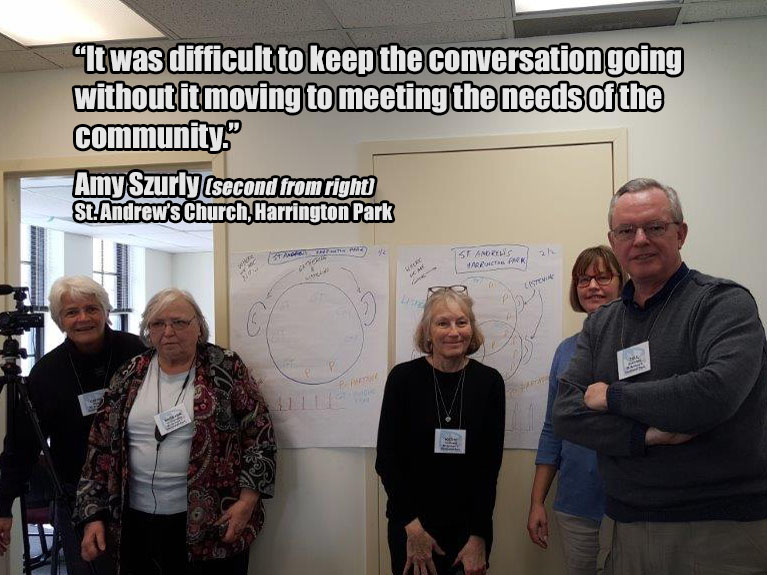 As they continue to listen to their neighbors without an agenda, the team is beginning to understand the value of developing relationships not simply to meet a need, but to uncover what God might be up to in and through all the people in Harrington Park. They are now in the midst of simple experiments to test out where God is working – like conversations with town officials or librarians or possibly the people who live next door. "The town officials wanted to share their hopes and dreams for Harrington Park and the struggles it faces," says team leader Amy Szurly. “We want to continue to listen, continue to take the pulse.”

The team from St. Stephen’s, Millburn will experiment with intentional listening at a local street fair in mid-April. 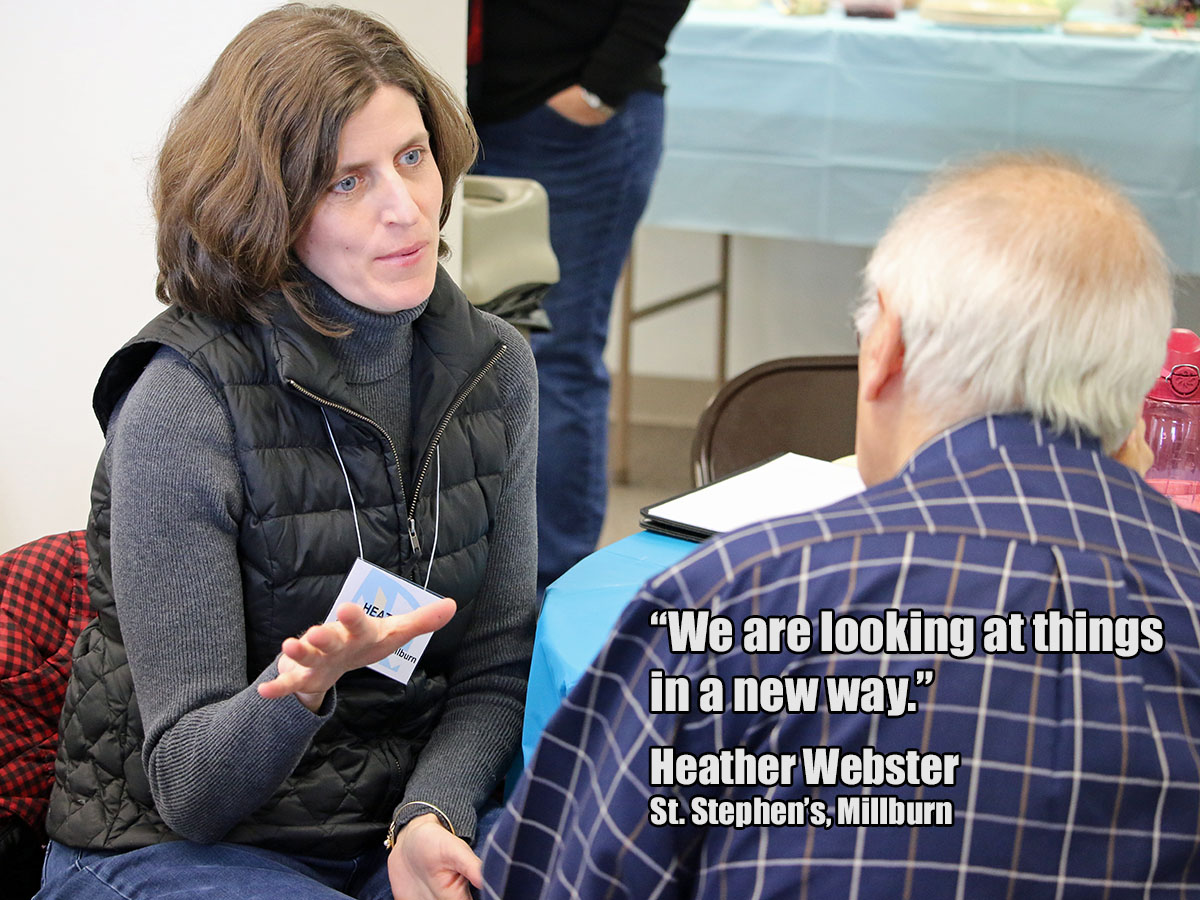 The team from St. David’s, Kinnelon recognizes the need for community-building in their town. Although struggling with landing on an experiment, they are planning to involve congregation members and friends in a listening experiment at the Memorial Day Parade.

The team ftom St Peter’s, Livingston will be listening to the stories of people in their community with some introductory questions such as, Where did you grow up? What brought you to Livingston? and then letting the conversation unfold from there.

"After Saturday's gathering," says the Rev. Elizabeth Wigg Maxwell, Rector of St. Peter's, "our team said they moved from fear to excitement!" 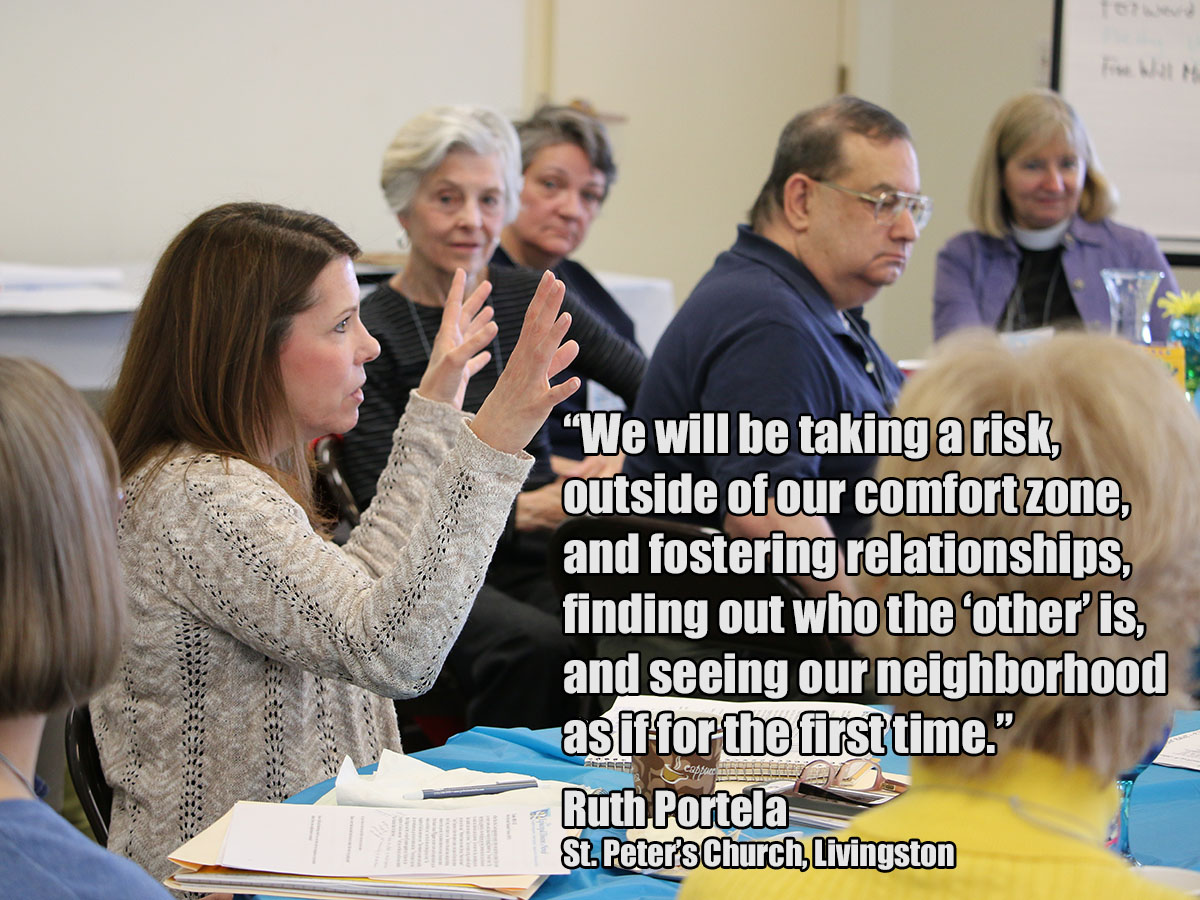 At All Saints’, Millington the team will share a monthly family style meal with local veterans, engaging in listening through open-ended questions. 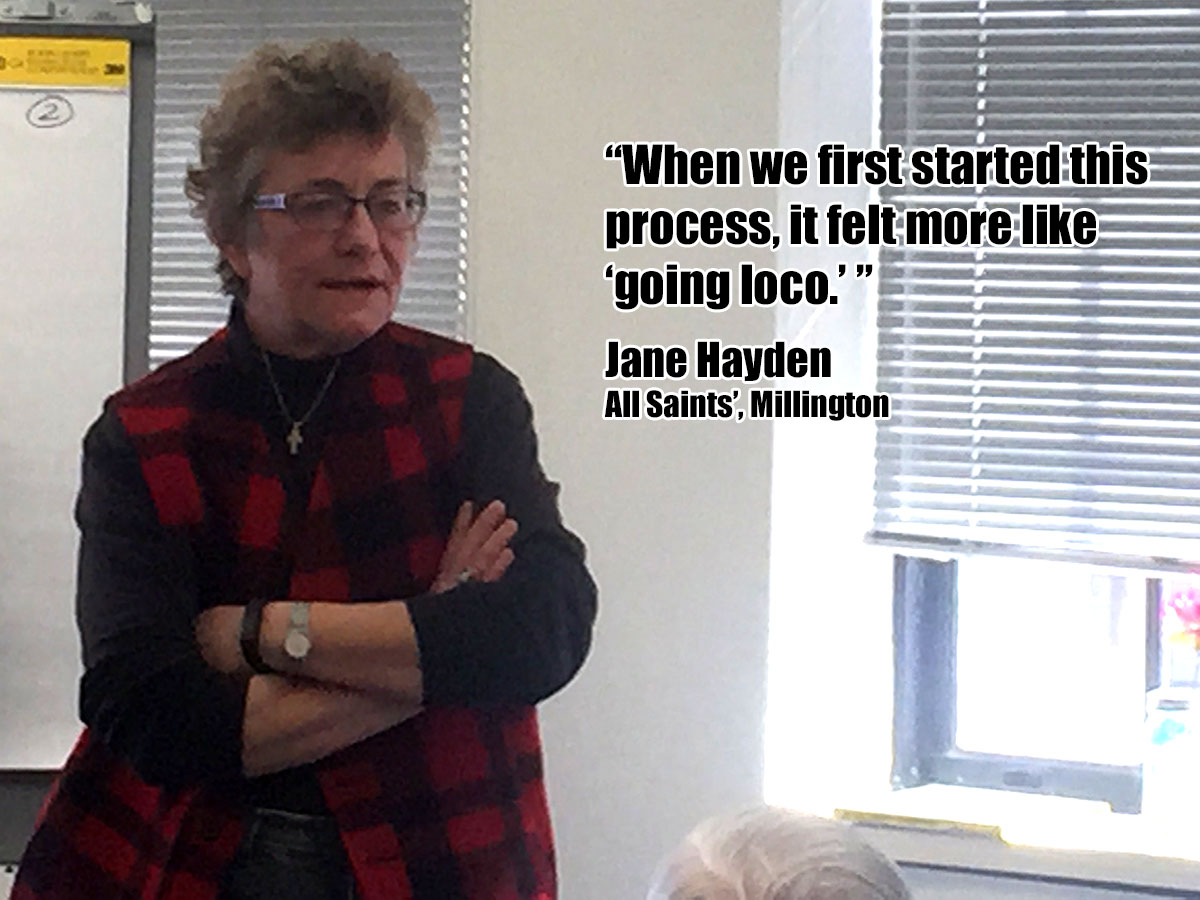 The team of Church of the Messiah in Chester, whose members have strong environmental interests and which is set within a community with strong art interests, is inviting the town to the gazebo on Main Street to create art out of recyclables. When the team contacted the recreation department to obtain permission to use the gazebo, the recreation department responded that they would love to be involved. The team will use this time to begin intentionally listening to the community, using the town gazebo as a “listening post.” 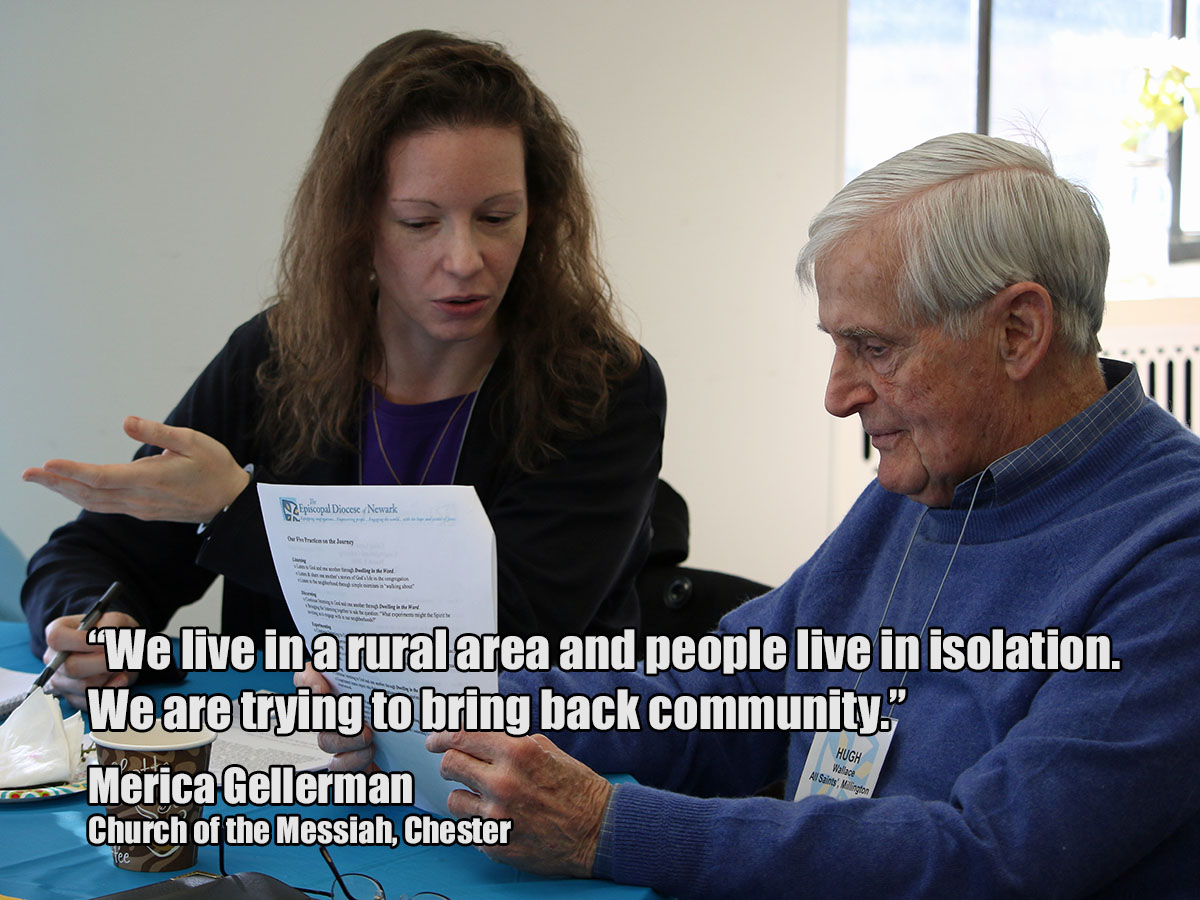 Prior to Saturday’s meeting, several other Going Local meetings were held.

On Thursday, March 3, Alan Roxburgh of The Mission Network – who was the keynote speaker at the 2015 Diocesan Convention – met with most of the senior staff at Episcopal House for one of  our regular all-day meetings focusing on how to reshape the way we work together and with other diocesan and congregational leaders. 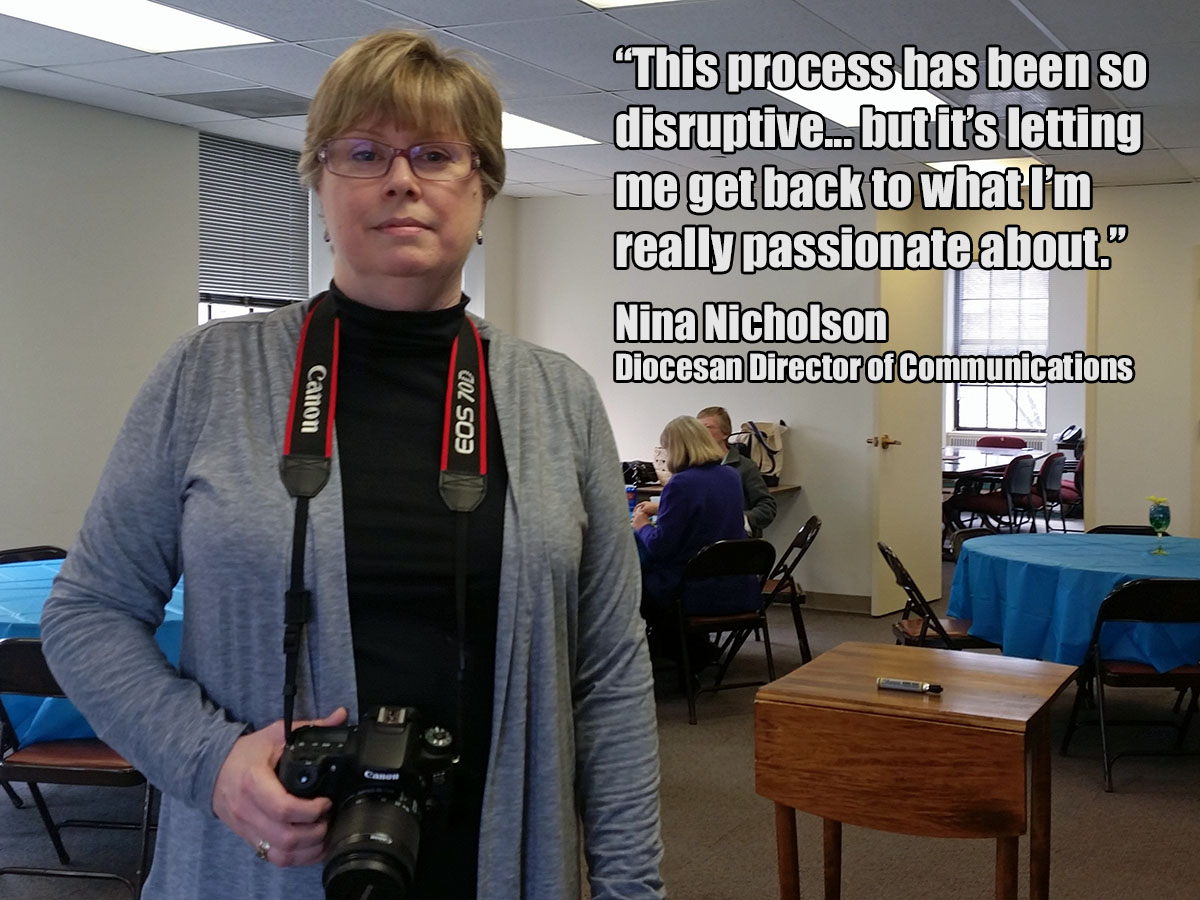 On Friday, March 4, John McLaverty worked with the 16 clergy currently involved in the two Going Local “Clergy Cohorts.” These two groups are made up of the clergy from the six Going Local 2.0 congregations, as well as interested individual clergy. 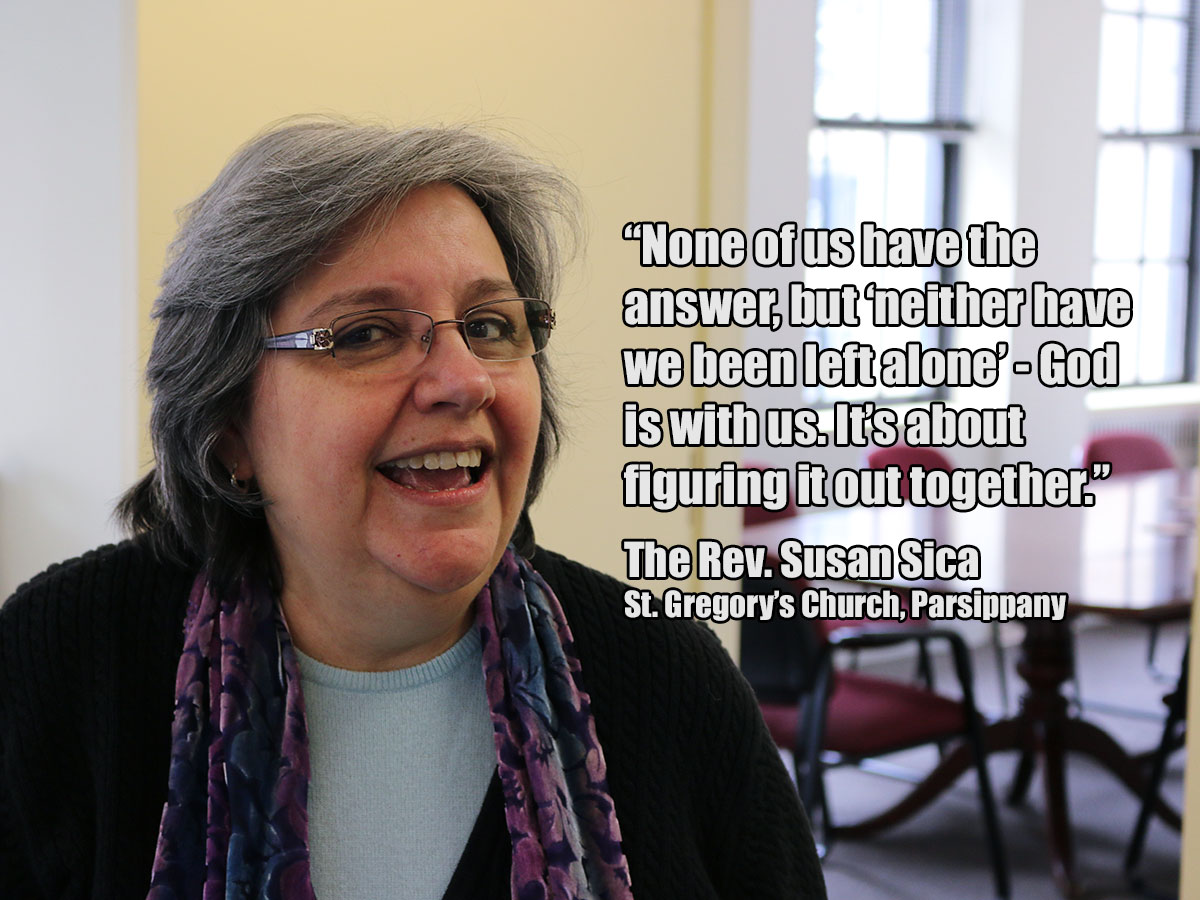 The Going Local 2.0 congregations will check in with one another again in June, to share updates on these experiments, discuss what the teams and clergy cohorts have learned, and consider moving forward with more experiments.