Diocese of Newark at General Convention, July 3 & 4: Arriving and getting started

July 04, 2018
By:
Nina Nicholson, Director of Communications
The Diocese of Newark Deputation poses for a group photo after the joint session of both Houses on July 4. NINA NICHOLSON PHOTO

Officially, General Convention begins tomorrow, July 5, with the Opening Eucharist. In actuality, it began the yesterday afternoon, July 3, with the first legislative committee meetings and hearings and the opening of the exhibit hall. Members of the Diocese of Newark deputation were already at the Austin Convention Center and getting ready to work. 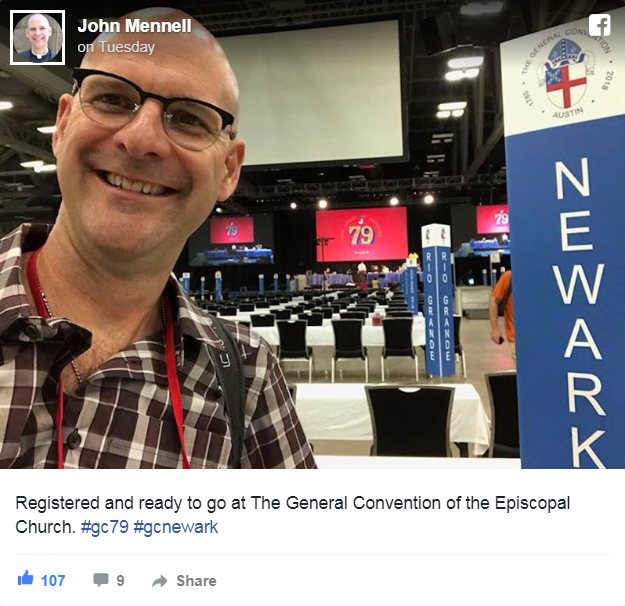 Bishop-elect Carlye Hughes is also at General Convention representing the Diocese of Fort Worth as a clergy deputy. Yesterday she visited vestment artist Colleen Hintz at her booth in the exhibit hall to be measured for new vestments, including a miter.

Today, July 4, may have been a national holiday, but bishops and deputies were at work, meeting for a joint session to hear welcoming addresses by Presiding Bishop Michael Curry and President of the House of Deputies Gay Clark Jennings, an event covered by Episcopal News Service in their article, Church leaders set tone for General Convention in rousing welcome to bishops, deputies. 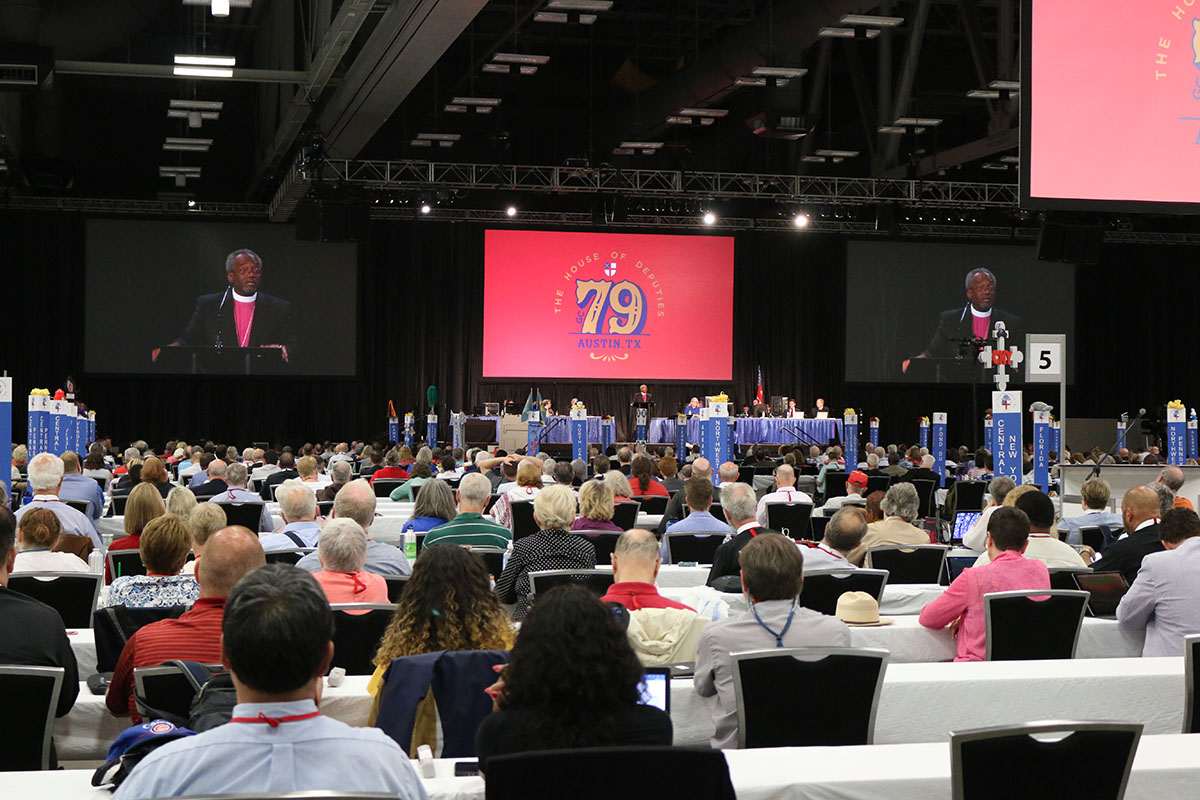 President Jennings' remarks are printed in full on the House of Deputies website – including her recollection of the hilarious exchange that took place via text message when Presiding Bishop Curry first told her he'd been asked to give the sermon at the royal wedding. (She didn't initially believe him.)

After the joint session, the Newark deputation posed for a group photo, then decorated their "Newark" sign with flowers to denote the Garden State. 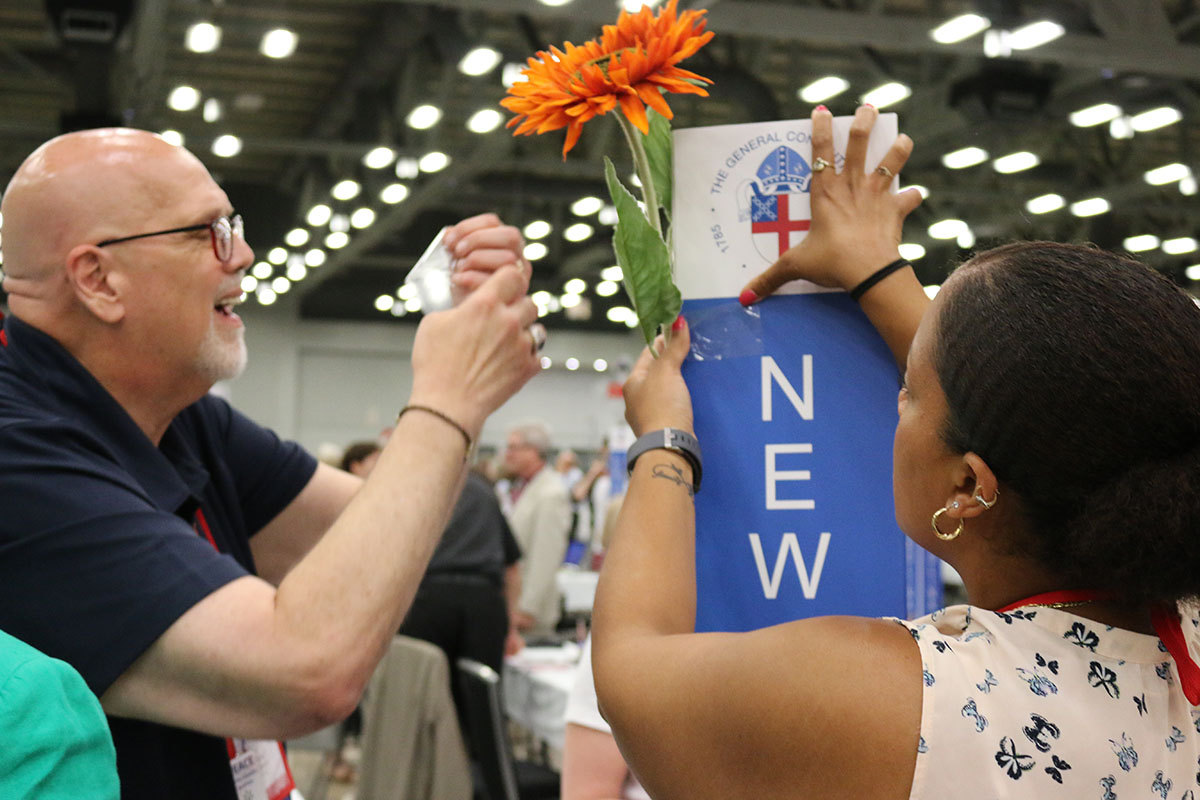