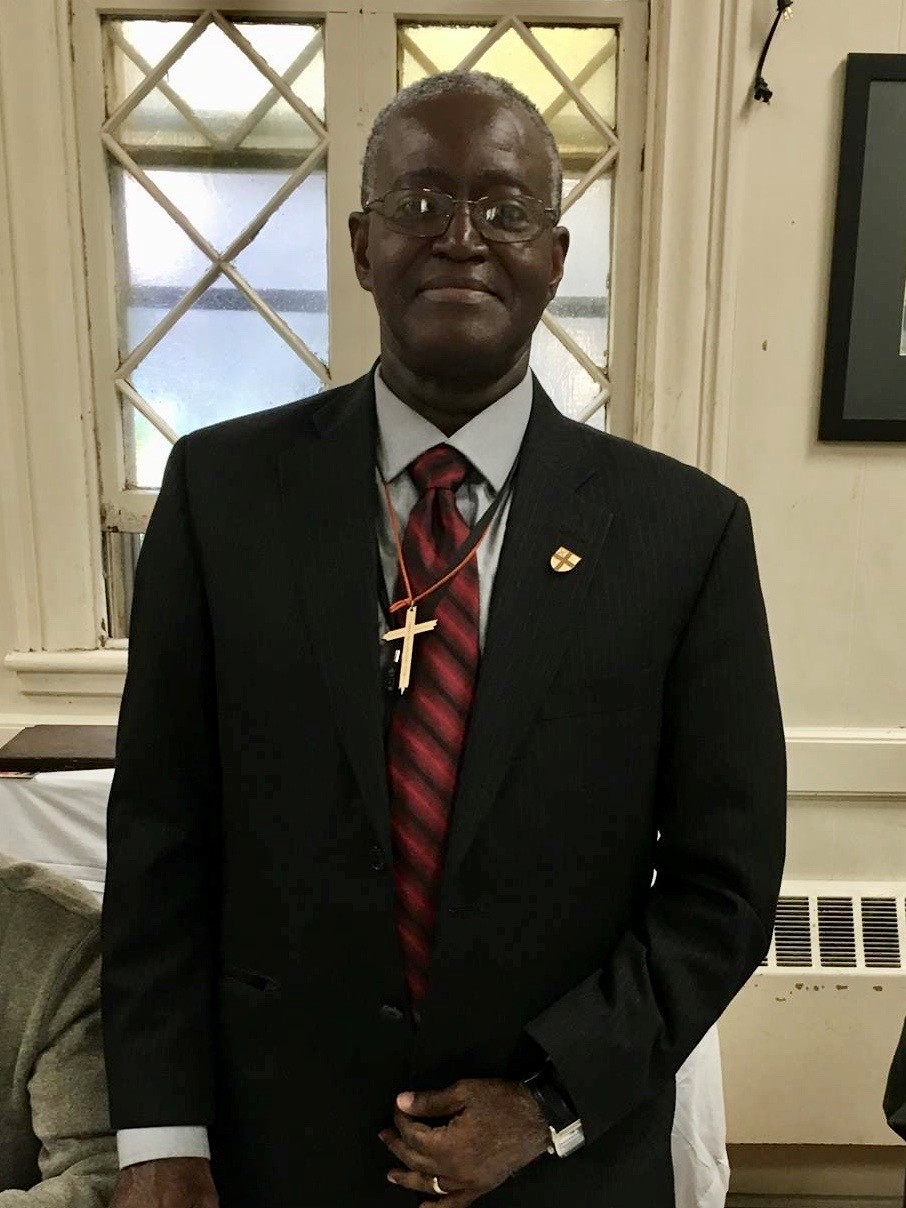 More quietly and privately, Sidney offered loving care to his fellow parishioners, making hospital visits, calling to check in, giving rides, running errands, and so much more. He was especially devoted to another Jersey City Episcopal giant, the late Eugenia Suthern, caring for her in her last years. Even in just the last few weeks, it was so encouraging for Sidney’s fellow parishioners to hear his voice on parish prayer telephone calls, telling everyone to "Be safe, all."

Sidney was one of the founders of Jersey City Episcopal Community Development Corporation (today Garden State Episcopal CDC), and helped to guide it as it grew to serve increasing numbers of Hudson County’s poorest people. He was still serving on the board and as treasurer at the time of his death.

Sidney never said “no” to ministry, always willing to open the church doors to serve others, always eager to be out in the community sharing the love of Christ.

Somehow, Sidney also found time to share his skills with the Diocese of Newark, serving on the Department of Missions; ACTS/VIM Fund Board; the Ward J. Herbert Fund Board; Diocesan Council; Cathedral Chapter; the Union of Black Episcopalians; and as a Deputy to General Convention. In each case, Sidney was never interested in simply filling a seat. He brought devotion, preparation, and a willingness to share his experience, insight, and point of view.

In his professional life, Sidney was a supervisor of the Division of Archives and Records Management of the Hudson County Clerk’s Office and was the longtime President of the Supervisors Union Local 22.

Sidney is survived by his beloved wife Lydia and his children Sidney III, Lionel, and Annie, and by hundreds of Episcopalians who mourn his death and give thanks to God for this faithful, strong, and generous man.

Condolences may be sent to:

God, our Father, we thank you that you have made each of us in your own image, and given us gifts and talents with which to serve you. We thank you for Sidney, the time we shared with him, the good we saw in him, the love we received from him. Now give us strength and courage, to leave him in your care, confident in your promise of eternal life through Jesus Christ our Lord. Amen.