Death in our diocesan family: The Rev. Richard M. Louis 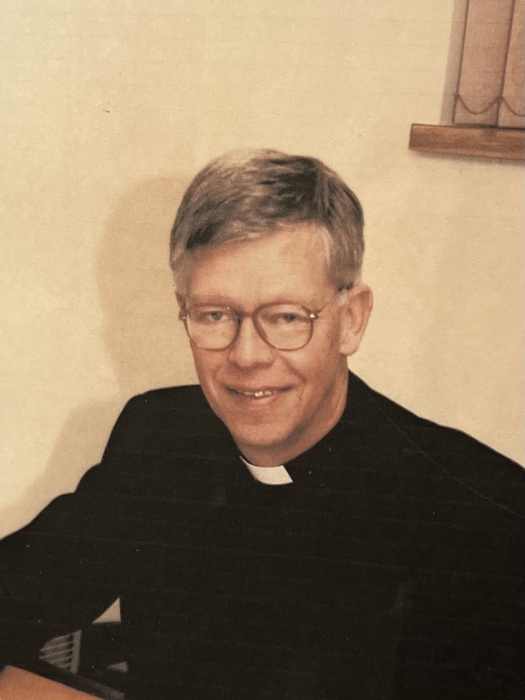 With sadness we share the news of the death of the Rev. Richard M. Louis, 89, on November 12, 2022. A Celebration in Thanksgiving for his life will be held on Saturday, November 19, 2022, at 11 AM at St. John’s Memorial Church in Ramsey and livestreamed to St. John's Facebook page.

After initially serving as a hospital chaplain, Richard began his service in the Diocese of Newark in 1970 when he became the Rector of St. Mark’s, Teaneck. He was then called to St. John’s Memorial Church in Ramsey in 1979, where he served as Rector until his Retirement in August 2000. Read his full obituary.

Richard was predeceased by his son, Paul, and his grandson, Desmond Singh Louis. He is survived by his wife, Kristan; his brother, James Paul Louis; his son, Andrew; his daughter-in-law, Rajdeep Kaur Sandhu-Louis; his granddaughter, Raika Kaur Louis; and his grandsons, Toran Singh Louis and Amer Singh Louis; as well as many, many nieces and nephews.

In lieu of flowers, the family asks that donations be made in Richard’s name to St. John’s Memorial Church, Ramsey; All Saints’, Glen Rock; or Christ Church, Ridgewood.

Good and gracious God, the light of the faithful and shepherd of souls, you sent your servant Richard to be a priest in your Church to feed your sheep with your word and to guide them by his example; give us the grace to keep the faith he taught and to follow in his footsteps. We entrust him into your unfailing mystery of Love and Hope through Jesus Christ our Lord. Amen.