Death in our diocesan family: The Rev. R. Dudley Bennett 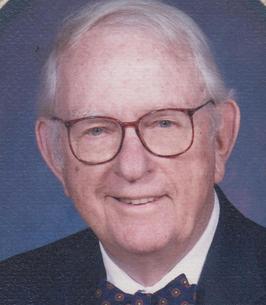 Born in Grand Rapids, MI to Roscoe Dudley Bennett, Sr. and Laura Bennett, Dudley graduated from Calvin College in Grand Rapids in 1950. After enlisting in the U.S. Army, he graduated from Officer Candidate School as a Second Lieutenant and served as Range Officer during the Korean War at the Proving Ground in Aberdeen, MD.

In 1956 he graduated from Yale University Divinity School and was ordained an Episcopal priest in 1957. He then served congregations in the Diocese of Western Michigan and the Diocese of New York.

From 1963 to 1967 he served as a Chaplain at Rutgers's University Newark campus. He responded to Dr. Martin Luther King's call for civil rights and marched with Dr. King at the second Selma march.

In the Diocese of Newark, Dudley served at several congregations as a supply or interim priest. From 2002-2006 he served as vicar of St. Paul’s, North Arlington.

During his retirement he served as an associate priest at All Saints’, Lakewood in the Diocese of New Jersey.

Dudley was a founder of one of the first community food banks in New Jersey and of the First National City Bank of Newark, where he served many years as an officer. He was a recipient of a Humanitarian Award from the City of Newark.

He also founded American National Training which provided management leadership workshops for several major companies. He was the author of two published books on business management. He and his wife Margaret owned and operated The Orchard School, a preschool in West Caldwell.

Condolences to the family may be posted online here.

Good and gracious God, the light of the faithful and shepherd of souls, you sent your servant Dudley to be a priest in your Church to feed your sheep with your word and to guide them by his example; give us the grace to keep the faith he taught and to follow in his footsteps. We entrust him into your unfailing mystery of Love and Hope through Jesus Christ our Lord. Amen.