Death in our diocesan family: The Rev. Ledlie I. Laughlin, Jr. 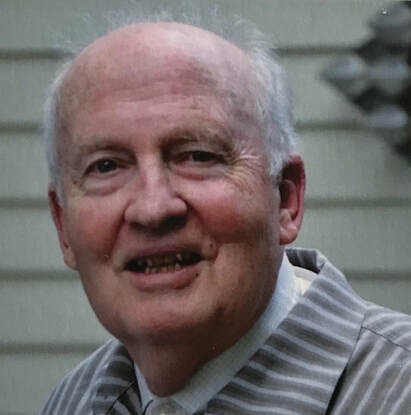 Born in Princeton on May 18, 1930, the third of four sons of Ledlie and Roberta Howe Laughlin, he graduated from Princeton University and The General Theological Seminary, then began his ordained ministry as Associate Priest at Grace Church Van Vorst, Jersey City (1955-1963). While there he was part of a mission team that opened the doors of the church to the neighborhood that consisted mostly of persons who were poor, black or Latino. The emphasis was on inclusiveness, on children and racial justice.

In 1958 he married Roxana Foote Dodd, and they subsequently became the parents of Ledlie III, Rebecca and Joshua.

During his tenure as Dean of Trinity Cathedral in Newark (1963-1969), Ledlie successfully merged that small white congregation with the thriving black congregation of St. Philip’s Church, whose church building had burned down. This was in the 60’s at the time of racial divisions and riots in Newark and across the USA. Ledlie and Dr. Nathan Wright provided leadership for the Cathedral to host the first national Black Power Conference in July 1967.

In 1972 Ledlie became the Vicar, then Rector of St. Luke-in-the-Fields in Greenwich Village, New York City. This was where he and his family lived for twenty happy years. With Ledlie’s leadership, St. Luke’s grew to be a diverse congregation in an era when the church was struggling with how to respond to open homosexuality. St. Luke’s took an “open” stance and consequently developed a strong ministry to persons with AIDS. The parish became known for its inclusive outreach and hospitality to the gay community.

In 1981 the church burned, leaving just the outer brick walls. The outpouring of help from neighbors and friends bore testimony to the vital role of St. Luke’s in that community. With Hugh Hardy as architect the church was beautifully rebuilt, and reconsecrated by Bishop Paul Moore.

After a brief tenure at St. James Church in Florence, Italy, Ledlie and his beloved Roxana retired in 1995, first to South Woodstock, VT, and finally to Cornwall, CT.

Summing up his fifty years of parish ministry, Ledlie said simply, “I helped congregations figure out how they were called to respond to the needs of others around them, and to do so.”

To so many of his friends, Ledlie was known for his infectious laugh, his sense of humor, twinkling eye, love of collecting decorative arts, his ability to listen and encourage people. He had a way of knowing what would bring delight, spark the mind, and bring a fresh response. As one friend wrote: “Ledlie manifests closeness to God. I have never felt that his priesthood seemed separate from his humanness.”

A funeral service in celebration of Ledlie’s life will be held at 1 PM on Sunday, January 27, 2019 at the North Cornwall Meeting House, 115 Town Street, West Cornwall, CT 06796.

In lieu of flowers, gifts can be made to the Friends of the North Cornwall Meeting House, PO Box 162, West Cornwall, CT 06796.

Good and gracious God, the light of the faithful and shepherd of souls, you sent your servant Ledlie to be a priest in your Church to feed your sheep with your word and to guide them by his example; give us the grace to keep the faith he taught and to follow in his footsteps. We entrust him into your unfailing mystery of Love and Hope through Jesus Christ our Lord. Amen.