Death in our diocesan family: The Rev. James E. Gardner 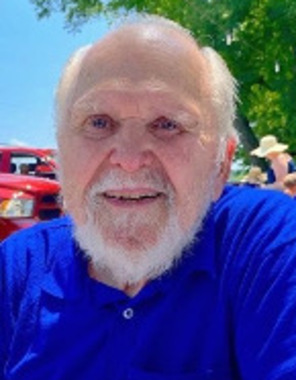 James was a former rector of St. Peter's, Livingston. While in the Diocese of Newark he also served on the Christian Education Committee. Read his full obituary here.

He is survived by two daughters and one son-in-law, Ruth and Keith Flickinger and Paula Gardner; four grandchildren, Jennifer Monaghan, Maggie Whelan, Ben Flickinger and Erik Flickinger; and one sister, Jane Bender. He was predeceased by his wife of 65 years, Patricia.

There will be a private interment held in the St. Francis Memorial Garden of St. Andrew's Episcopal Church, Lewisburg. A celebration of life will be held at a later date and will be open to the public.

In lieu of flowers, contributions in James' memory may be made to The Lewy Body Dementia Association or St. Andrew's Episcopal Church.

Good and gracious God, the light of the faithful and shepherd of souls, you sent your servant James to be a priest in your Church to feed your sheep with your word and to guide them by his example; give us the grace to keep the faith he taught and to follow in his footsteps. We entrust him into your unfailing mystery of Love and Hope through Jesus Christ our Lord. Amen.