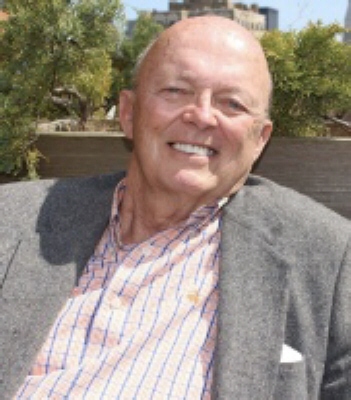 Bert grew up at St. Andrew's, Harrington Park and was ordained in 1964 at House of Prayer, Newark, serving there as Curate (1964-1965) and Rector (1965-1972). During his time in the Diocese of Newark, he also served on the Department of Missions, the Liturgical Commission and the Cathedral Chapter. Incidentally, his father, Herbert Draesel, Sr., served as a Vice Chancellor of the Diocese of Newark (1964-1981).

Bert then moved on to serve churches in Chappaqua, NY and White Plains, NY. In 1984, he accepted the call as Rector of The Church of the Holy Trinity in New York City, where he remained for 19 years until his retirement. Read his full obituary.

A Service of Thanksgiving for his life will be held on Saturday, February 25, 11 AM at The Church of the Holy Trinity, followed by a reception in Draesel Hall.

Memorial gifts may be made to the The Church of the Holy Trinity Draesel Fund for the Restoration of the Church Bell Tower.

Good and gracious God, the light of the faithful and shepherd of souls, you sent your servant Bert to be a priest in your Church to feed your sheep with your word and to guide them by his example; give us the grace to keep the faith he taught and to follow in his footsteps. We entrust him into your unfailing mystery of Love and Hope through Jesus Christ our Lord. Amen.