Death in our diocesan family: The Rev. Deacon Johanna Young 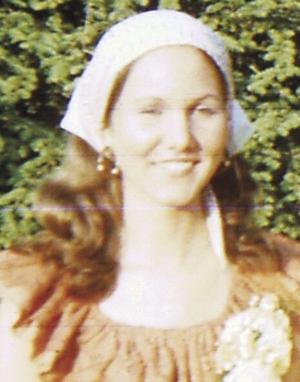 With sadness we share the news of the death of the Rev. Deacon Johanna Young, 63, on August 9, 2021, from complications of leukemia. She served as a member of diocesan staff from 1996 to 2005, working as Production Manager of The VOICE and the diocesan Network Administrator.

Her diocesan colleague Michael Francaviglia, asked for his memories of her, writes:

Quiet, dignified, competent, courageous, creative, artistic and prayerful all aptly describe Johanna. She gifted us with her presence as co-worker, friend, fellow runner, inspirational trainer and poet. It’s a gift most cherished and which can never be taken away: the memory of a truly loving and Christian woman. We honor her if we but imitate her.

Johanna started as The Voice Production Manager when she first joined the diocese. Within a few years her portfolio included managing the information and computer technology at Episcopal House. This included managing an upgrade to the computer network for increased efficiency and modernization. To these tasks she brought knowledge, talent and proficiency.

She was a founding member of the Diocesan Poetry Group formed in 1998 to encourage creativity and exchange among poets within the diocese. In addition to hosting diocesan poetry events, the group sponsored a resolution to create the honorary position of Poet Laureate which was adopted by the 1999 diocesan convention. Mr. Sander Zulauf was appointed as the first Poet Laureate.

Johanna was a runner and a bicyclist. She encouraged others to participate in physical activity for the benefit of themselves and for others. She was a member of Team Leukemia and trained other athletes for running and biking events. Johanna designed the tee shirt that the “diocesan running team” wore in one of Newark’s Corporate Challenge 5K runs. She was determined to complete an Ironman Triathlon (2.4 mile swim, 112 mile bicycle ride, and a 26.2 mile run), and had the stamina, determination, commitment and guts to train for such a grueling undertaking. She accomplished her goal on her second attempt.

Services will be at St. Paul’s Episcopal Church in Concord, NH on Thursday, October 7 at 2 PM.

God, our Father, we thank you that you have made each of us in your own image, and given us gifts and talents with which to serve you. We thank you for Johanna, the time we shared with her, the good we saw in her, the love we received from her. Now give us strength and courage, to leave her in your care, confident in your promise of eternal life through Jesus Christ our Lord. Amen.