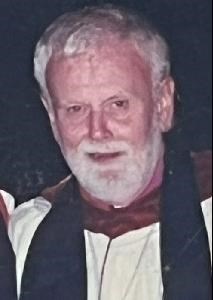 He also served on the ACTS/VIM Board, the Commission on Ministry, Diocesan Council, the Department of Missions, the Ecclesiastical Court, the Lay School on Christian Studies, the Stewardship Commission, the Suburban Task Force, the Trustees, and as a Deputy to General Convention in 1979 and an Alternate in 1994 and 1997.

In recognition of his long and distinguished career of faithful service, he was made an Honorary Canon to Trinity & St. Philip's Cathedral.

His funeral will be held at 11 AM on Saturday, October 8 at Trinity & St. Philip's Cathedral.

In lieu of flowers, the family requests donations in Davids memory to the Alleluia Fund for Outreach.

Good and gracious God, the light of the faithful and shepherd of souls, you sent your servant David to be a priest in your Church to feed your sheep with your word and to guide them by his example; give us the grace to keep the faith he taught and to follow in his footsteps. We entrust him into your unfailing mystery of Love and Hope through Jesus Christ our Lord. Amen.