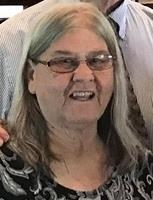 Peggy successfully oversaw Eagle’s Nest during two transitions of Camp locations: after the sale of the original camp on the Delaware River, ENC rented camping facilities for one year, 1993, at Camp Glen Grey in Mahwah, which was owned by the Eagle Rock Boy Scout Council; and then at Camp Mogisca in Glen Spey New York North of Port Jervis, which was owned by the Morris County Girl Scout Council. After ENC merged with Lutheran Camp Beisler and became Cross Roads, Peggy was asked to come and oversee the new venture which she did for a three year period, ending in 2003.

Peggy’s love of camping and her wealth of experience had a great influence on the diocesan camp program, and also on the staff that served with her during her tenure.

In lieu of flowers, memorial gifts may be made to the Girl Scouts of Eastern Massachusetts in honor of Peggy's longtime love of youth summer camps.

Lord, for your faithful people life is changed, not ended. When the body of our earthly dwelling lies in death, we gain an everlasting dwelling place in heaven. Lord, grant eternal rest, forever in the radiance of your light. Amen.