Death in our diocesan family: John I. Kitch, Jr. 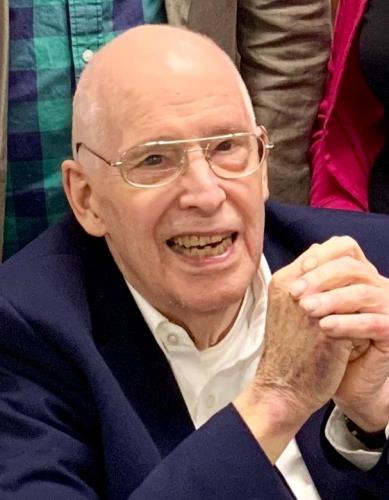 With sadness we share the news of the death of John I. "Jack" Kitch, Jr., 85, the father of the Rev. Anne Kitch, Rector of St. Luke's, Phillipsburg.

Jack was born on April 10, 1934, in Chicago, Illinois. An honor graduate of Morgan Park Military Academy in Chicago, he earned three degrees in English from the University of Illinois - BA (Highest Honors) in 1955, MA in 1956 and PhD in 1965 - where he was a member of Phi Beta Kappa and Chi Psi Fraternity. As a life-long communicant of the Episcopal Church, Jack served in many leadership positions at several levels of the Church. He was a valued member of Christ Church, Xenia, OH; the Cathedral Church of the Nativity, Bethlehem, PA; and most recently St. Luke's Episcopal Church, Phillipsburg, NJ.

Jack retired from the US Air Force in 1985 after 30 years of service, nine of which were spent in the English Department of the US Air Force Academy in Colorado. A veteran of the Vietnam War, his many decorations include the Bronze Star and two Meritorious Service Medals.

Jack was preceded in death by Betsy, his beloved wife of 60 years. He is survived by children David, William and Anne, their spouses Sarah, Elizabeth and James, grandson Nathan and spouse Jenn, and granddaughters Rachel, Sophie and Lucy.

In lieu of flowers contributions may be sent to the St. Luke's Memorial Fund.

Lord, for your faithful people life is changed, not ended. When the body of our earthly dwelling lies in death we gain an everlasting dwelling place in heaven. Lord, grant eternal rest, forever in the radiance of your light. Amen.