The history of the four buildings that have housed the Diocese of Newark’s headquarters over the last century contains echoes of the same forces that have led us to search for our next headquarters.

For nearly half a century the diocese did not have a dedicated headquarters location. It rented office space in Newark or used available space in the bishop’s residence. This make-shift arrangement persisted from the diocese’s founding in 1874 until 1921. 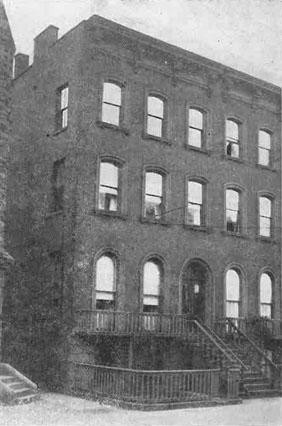 The diocese purchased the building at 21 Washington Street in Newark early in the episcopate of the Rt. Rev. Edwin S. Lines, third Bishop of Newark (1903-1927), to serve as his residence and offices. Many diocesan meetings were held in the bishop’s offices there, while the diocese rented the second floor of 49 Halsey Street for additional office space, later renting the third floor as well.

But, as reported in The Newark Churchman, the precursor to The VOICE: “As time went on the street cars invaded Washington Street and business made its appearance. It became less and less desirable as a place of residence” for the bishop. Bishop Lines had also been pushing for years for a more permanent solution for diocesan offices. 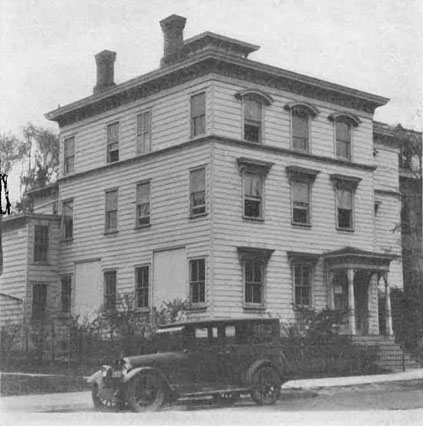 In 1929 American Insurance Company, seeking a location to build a skyscraper in downtown Newark, offered to buy the diocese’s buildings at 19-21 Washington Street. “The price offered for the properties was such that the Finance and Advisory Board felt that there could be no justification for their not accepting it,” reported the April 1929 issue of The Newark Churchman.

Meanwhile, what was then Grace Church in Orange (now Epiphany and Christ Church) had built a new parish house, leaving its old parish house sitting unused. Grace offered the building, located at 99 Main Street in Orange, to the diocese as a temporary headquarters.

This fit well with the diocese’s plans at the time. Mindful that congregations were expanding westward, and that there was not yet an official cathedral, the diocese had purchased land in Cedar Grove as the intended location of the Cathedral of All Saints plus a new diocesan headquarters. So, the bishop – then the Rt. Rev. Wilson R. Stearly, fourth Bishop of Newark (1927-1935) – and the diocesan staff moved to Orange, closer to their intended final location, and fundraising began to build a cathedral and new headquarters.

Then in October 1929 the stock market crashed, and with it the diocese’s plans. 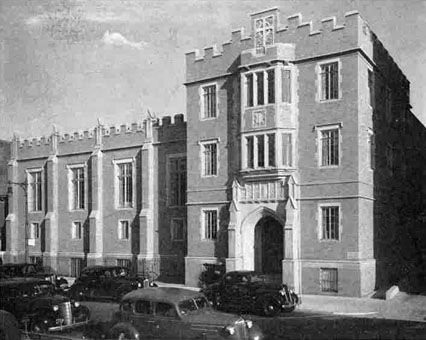 Diocesan headquarters remained in Orange until 1940, when a plan was put in place with Trinity Church in Newark, which as the “mother church” in Newark served as the unofficial cathedral. (It officially became Trinity Cathedral in 1944. In 1992 the Cathedral officially changed its name to Trinity & St. Philip’s, in recognition of its 1966 merger with the historically Black congregation of St. Philip’s, Newark, which had lost their building in a fire.)

The May 1941 issue of The Newark Churchman reports that in addition to offices for the Rt. Rev. Benjamin M. Washburn (fifth Bishop of Newark, 1935-1958), Trinity’s dean and their staffs, the new Cathedral House included All Saints’ Chapel (named for the cathedral that was never built), a library, a kitchen, a choir room, and a board room plus smaller meeting rooms. It also included an auditorium with gallery that seated 600, used as the site of some Diocesan Conventions; and on the floor below it, a full-sized basketball gymnasium with bleachers, used to host diocesan youth lock-ins. Diocesan staff member John King, who attended some of those lock-ins in the late 1980s and early 1990s, recalled of the gymnasium, “It was a really cool facility.” 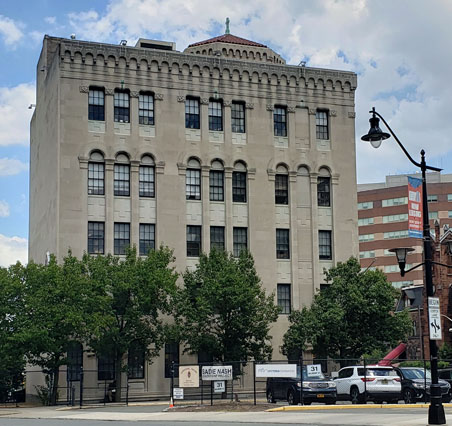 In 1996, near the end of the tenure of the Rt. Rev. John Shelby Spong, eighth Bishop of Newark (1979-2000), New Jersey Performing Arts Center (NJPAC) purchased the property at 24 Rector Street. As part of the transaction the Cathedral received a 99-year lease to continue to maintain its offices and parish house space at 24 Rector Street, and the diocese received for its new headquarters 31 Mulberry Street, which had been vacated by the Roman Catholic Archdiocese of Newark.

After extensive renovations to bring 31 Mulberry Street up to fire codes and outfit it for Bishop Spong and the diocesan staff, they moved in in February 1997.