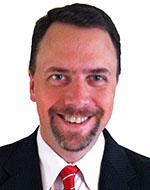 John joined the Episcopal House staff in 2013 as Director of Administration at Episcopal House and the diocesan Secretary of Convention. In this role, John is responsible for providing logistical, administrative and other support to Episcopal House staff, the governing organizations of the diocese, various committees as well as to congregations and individuals. John also administers the granting funds of the Diocese, ACTS/VIM-Alleluia Fund, The Marge Christie Fund and The Ward J Herbert Fund. John is on the Board of Trustees for Cross Roads Camp and Retreat Center, the diocesan center jointly owned with the Lutheran Synod of New Jersey.

Previously, John was a member of the diocesan Youth Ministries Board, and was a longtime member of the Eagle's Nest Camp Staff. John is the son of the late Rev. W. Alan King, a long-time priest of this diocese. John has previously been a member of, and served on the vestries for, Good Shepherd, Wantage, St. Martin's, Maywood and Annunciation, Oradell.

John and his wife Pam have been active members of St. Andrew’s, Harrington Park for over 10 years. John has served as warden, a vestry member, is a Eucharistic Minister, and is active in the outreach and worship activities of St. Andrew’s. John and Pam have three children, Megan, Stephanie & John Jr.

In his copious spare time, John is an active volunteer firefighter for the Harrington Park Fire Department, and currently serves as its Vice President. He also is active in coaching youth soccer.

Standing for election to this office at the next Convention:
Secretary of Convention

Serving this diocese continues to be an honor and I feel called to this ministry. Working tirelessly with the dedicated members of the various committees and boards is such a rewarding experience. I appreciate the opportunity you have given me.