Home » What We Do

The Anti-Sexism Task Force (ASTF) was created by resolution 144AC-R04 “Breaking the Episcopal Stained Glass Ceiling” at the 144th Annual Convention of the Diocese of Newark. That resolution called for the following:

The ASTF has developed the first Anti-Sexism training required in the Episcopal Church. The Anti-Sexism Training is offered in-person in a single day in various locations across the diocese, multiple times per year. The training includes thoughtful discussion, interactive exercises, videos, and presentations designed to engage dialog on the impact of sexism in the lives of women and girls, understand the role of the church in perpetuating sexism, and equip participants with the tools to effect change.

Comments about the training include: 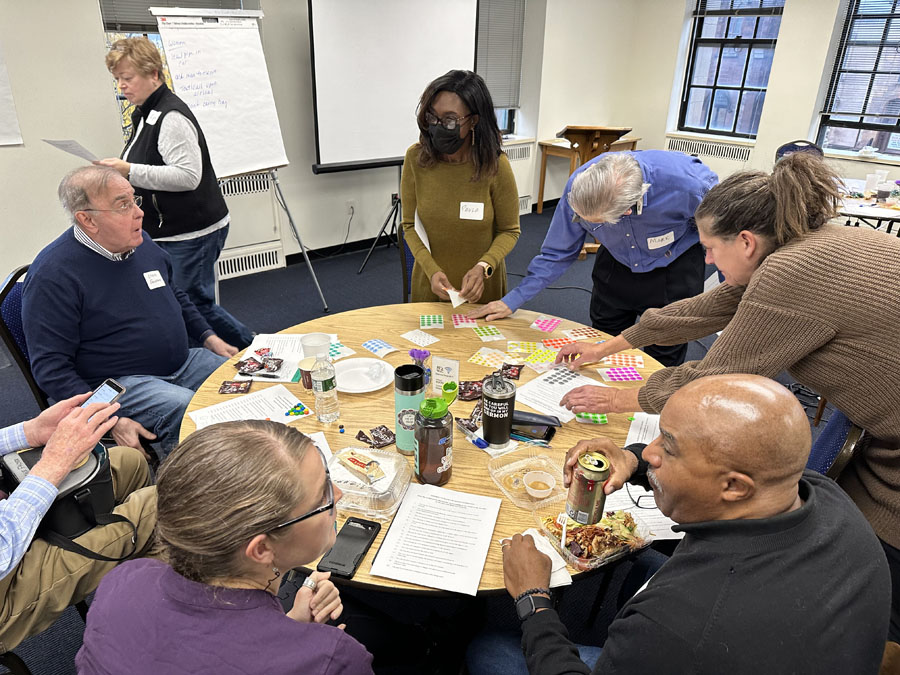 Excellent in every regard. Thanks for the obvious preparation, the way you conducted the discussions.

The quality of the presentations, selections of reading and videos, and the skills of the presenters to guide the discussion on an important issue made the day a gift.

I was surprised by the creativity and breadth of the presentations.

The ASTF now reports annually on the status of women clergy in the diocese at each diocesan convention, leveraging information provided by the Church Pension Group. In addition, the task force collected stories about sexism in the form of harassment, sexual abuse, compensation, and more direct from clergy in our diocese. All information has been fully reported, is information provided to those who attend the training, and has guided our work to change what is to what may be.

Our initial resolution was also enacted at the 79th General Convention of the Episcopal Church, which created the “Task Force to Study Sexism in the Episcopal Church & Develop Anti-Sexism Training,” chaired by one of our own, Laura Russell. The work of that Task Force resulted in additional measures to combat sexism across the entire church.

Diocese of Newark Training - Living Out Our Baptismal Vows