Children drum up a good time at PATCH camp

Trevor attended his first summer drumming camp at St. Stephen’s in Millburn three years ago, and he keeps coming back – this year as a counselor-in-training.

“It’s good being a counselor. You can help out kids,” said Trevor, 13. Throughout the August afternoon, he enthusiastically joined in the day’s activities: dancing, drumming, decorating T-shirts, playing on the church lawn, eating dinner, competing at Bingo, making s’mores over a campfire.

Shepherded by paid staff plus youth and adult volunteers, about 10 children a day attended the weeklong PATCH (Parents and Their Children) drumming camp at the church. Each day, they learned drumming and dance skills from professional instructor and performer Yahaya Kamate. They also enjoyed games, dinner and snacks and created crafts projects, including decorating T-shirts honoring Nelson Mandela’s 100th birthday and painting “kindness rocks” with slogans such as “Be the change you want to see in the world,” which they placed in the church garden.

At week’s end, about 40 family members and friends attended a final performance of drumming, dancing, singing and a skit about the life of Mandela, the late anti-apartheid leader and former president of South Africa. Each child recited a piece of Mandela’s biography; then all proclaimed together: “I am Nelson Mandela!”

Some of the children, like Trevor, were repeat campers.

“Next year, I’m coming again” to be a counselor-in-training, said Shekinah, 13. She enjoys “the drumming, the dancing, especially the art, and the singing.”

“I hope they really want to come back – to something creative and fun and authentic,” said Kim Williams, church music director and one of the camp coordinators. Kamate is a good role model for the children, she noted. “I love his way with the kids. He’s firm in his expectations. He just naturally commands respect. But he also is kind and gentle with them.”

A native of the Ivory Coast, Kamate plays the djembe and the doundoun (a bass drum) and was a member of his country’s national dance company before coming to the United States in 1994. He currently teaches at the Alvin Ailey School in New York as well as leads workshops at various schools, hospitals, churches and juvenile detention centers.

At the camp, he sat at the head of a circle of colorful drums, where campers, staff and counselors practiced drumming techniques and rhythms. A large poster behind him listed words and phrases to help drummers remember different melodies, or rhythm patterns. Some also provided positive motivation, such as “Yum, yum! Eat my veggies” and “Never give up.”

Positive messages also accompanied some of the sequences of dance moves, such as: “I will fall. I will sit. I will get up. I will survive.”

Beyond the ability to master a drumming sequence, Kamate says he hopes to instill skills that campers will use in school and elsewhere, such as patience and working together. He also stresses equality. “We are all the same,” he said. “Because I’m teaching, that doesn’t mean that I’m better than them.”

JaTaria, 15, reflected on what she had learned from when she first was a camper to becoming a counselor.

She found being a counselor hard but rewarding work. “I love kids,” said JaTaria, who aspires to be a nurse practitioner or lawyer. “It was incredible. I’m proud of them. …I learned how to be patient with kids. I learned how to drum, like a traditional African drum. I learned how to let myself be free and let my personality come out.”

During the school year, the PATCH program, supported by the diocesan Prison Ministry, transports children with incarcerated parents to visit their parents at the Essex County Correctional Facility. It also provides Christmas parties and presents for the children, back-to-school backpacks loaded with school supplies, and summer camp opportunities or supplies.

The annual drumming camp costs about $7,500, with the biggest cost being the daily van to transport the children to and from the church, Williams said. Some food is purchased, some donated. Some staff, including a retired Newark special education teacher, are paid. “It’s very important to have consistent leadership,” Williams explained.

Volunteers – young and old – also are crucial to the program’s success.

“I always feel like this is kind of the heart of who St. Stephen’s is,” Williams said. “We do ministry. It’s not a checkbook church.”

Sharon Sheridan Hausman of Messiah, Chester, is a member of the Diocese of Newark Prison Ministry. 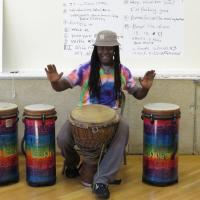 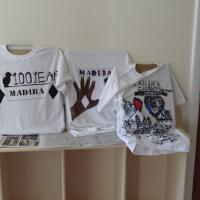 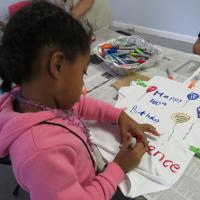 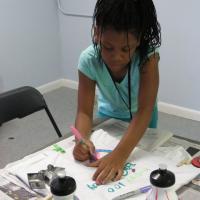 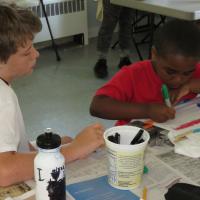 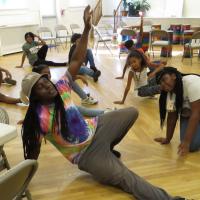 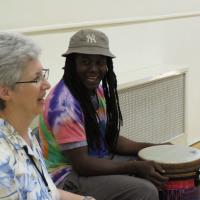 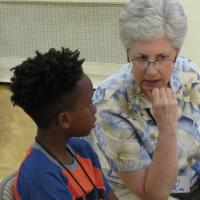 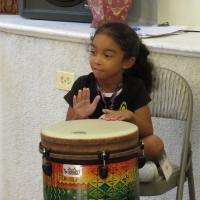 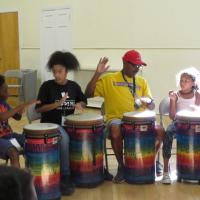 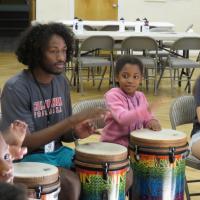 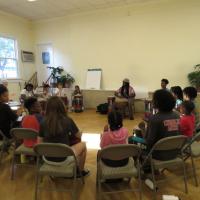 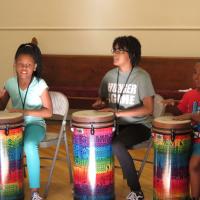 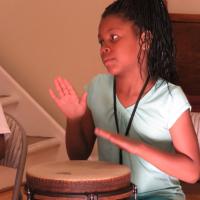 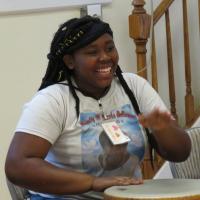 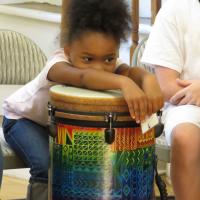 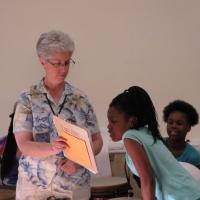 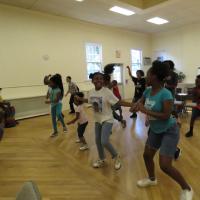 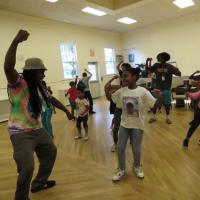 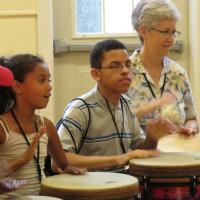 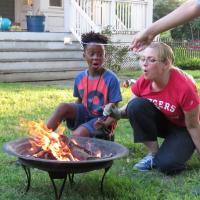 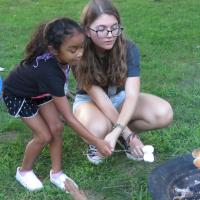 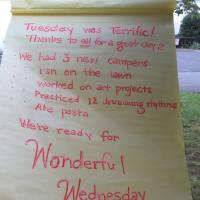