Posts from retired blogs, including Bishop Mark Beckwith's blog "Signs of God's Grace," Canon Greg Jacobs' blog "Out of the Ordinary," and blogs by General Convention deputies in 2012 and 2015.

Blessings for a wounded world

Posted by Mark Beckwith on September 4, 2014

One of the dangerous delusions we live with in this country is that America is a “color-blind” society. This common cultural spin suggests that once the civil rights movement brought about legislation which provided new (and more just) levels of freedom and opportunity for black people, our country has successfully moved beyond issues of race. 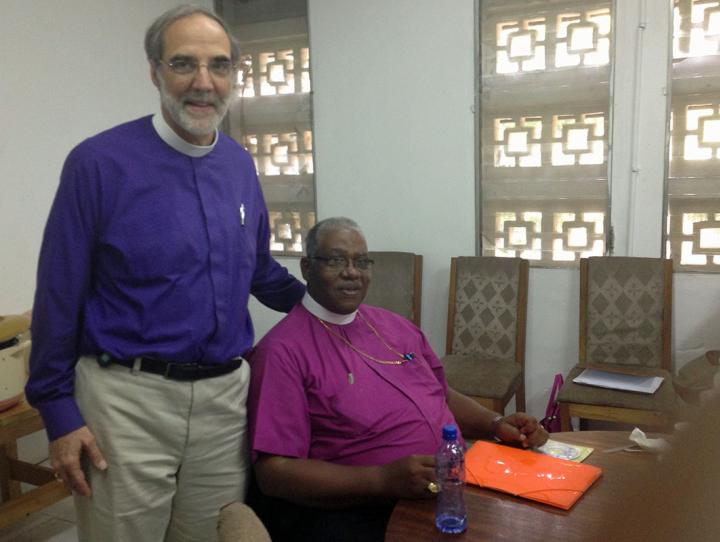 In March, I led a small delegation from The Episcopal Church to the Diocese of Liberia. We were deeply impressed by the fortitude and faith of the people we met, who were still recovering from twenty years of a brutal Civil War.

A smaller group of us were scheduled to travel back to Liberia in early July to attend the enthronement of Jonathan Hart, Bishop of Liberia, as the Archbishop of West Africa. We didn’t go, as the Ebola epidemic was beginning to spread through the capital city of Monrovia. 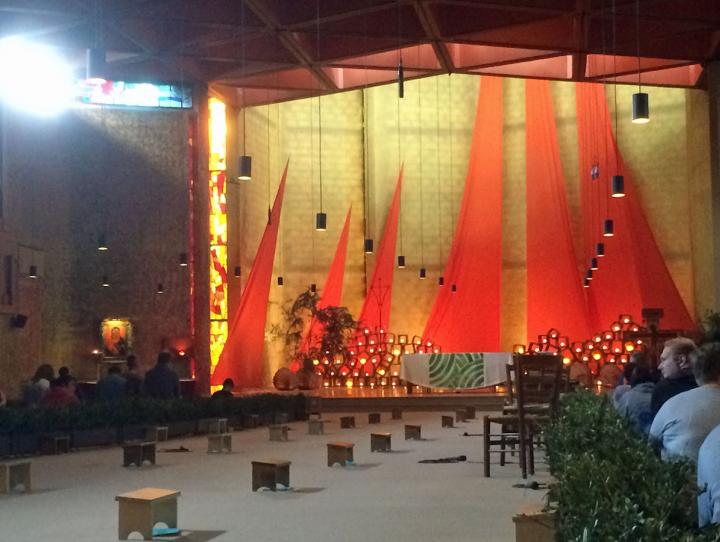 The Invitation of Taizé

The Taizé community, named for the French town where the international and ecumenical monastic community began nearly 75 years ago, is known for its repetitive, chant-like music. It is also known for gathering thousands of people from all over the world to live in a community of prayer. (There were about 3700 pilgrims there during the same week as our diocesan group of nine young adults and four more seasoned adults.) But what stood out most for me during our week was the continuous invitation. The invitation to join with God in prayer – in song and in silence. The invitation to offer respect to one another – honoring all the linguistic, ethnic, religious and racial diversity that shows up every week. The invitation to be in deep communion with the living Christ. 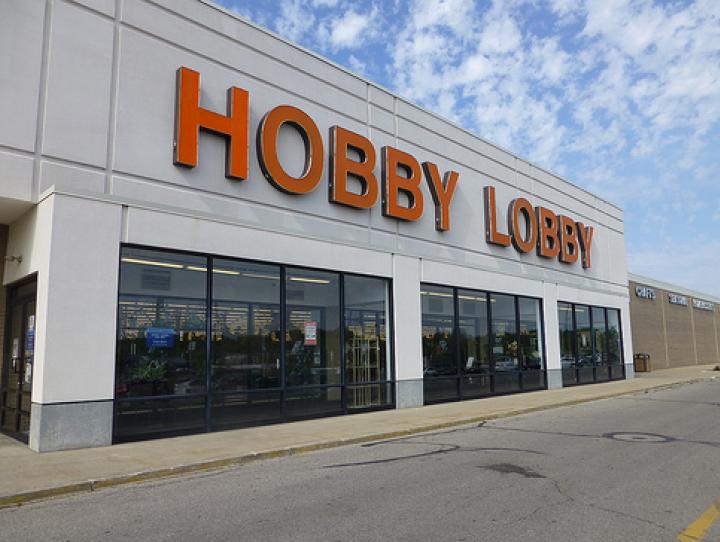 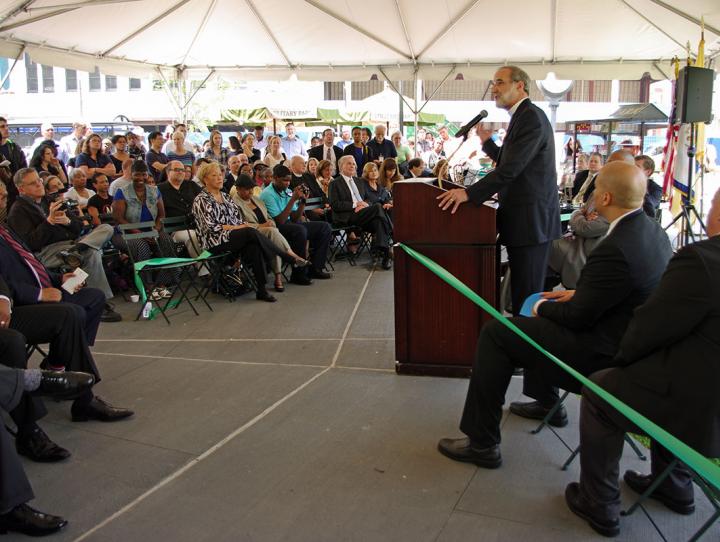 Military Park, the Common of Newark

It is called Military Park, but because of my New England roots, I think of it as a “Common.” A park connotes a place for recreation and refreshment, which are laudable – and necessary, activities. A Common goes a little further than that – in that the whole community can claim participation and ownership. With a Common, everyone has a common interest. 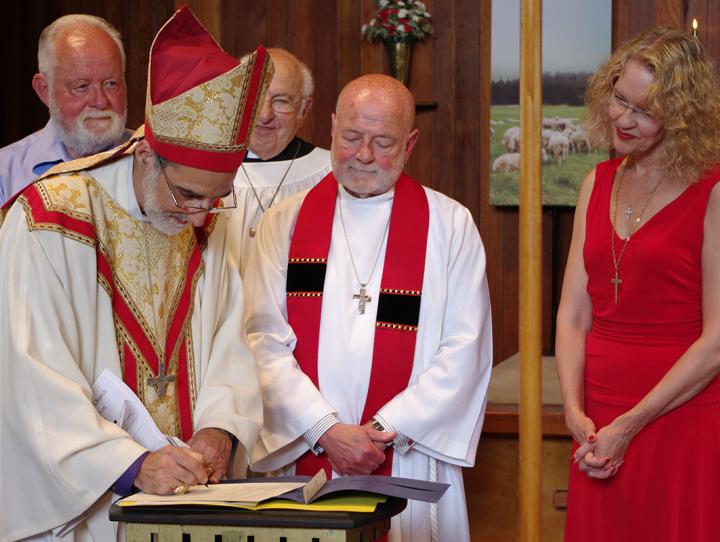 Pentecost and new church: Sermon for the unification of Good Shepherd of Lincoln Park & Montville

To use an old Anglican metaphor, it is meet and right that we are celebrating this new congregation – Good Shepherd Episcopal Church, on the Feast of Pentecost – which has long been associated as the birthday of the church. It was on that Pentecost, as recorded in the book of Acts, when incredible sights were seen and dramatic sounds were heard – tongues as of fire on everyone’s head – and the rush of a violent wind – and they spoke in many languages that they could all understand. 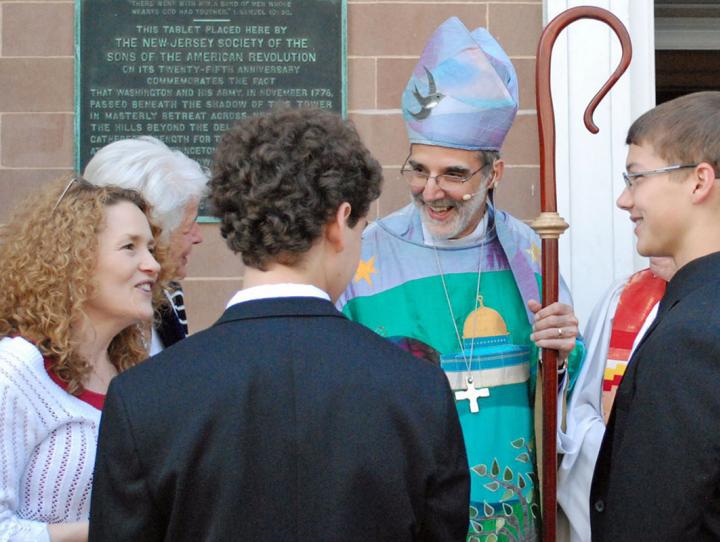 My sermon for the 2014 Confirmations: Heaven is for real, and sharing it is your job

In the Diocese of Newark this Easter season, I confirmed 377 people into the Episcopal Church; 142 of them were adults. 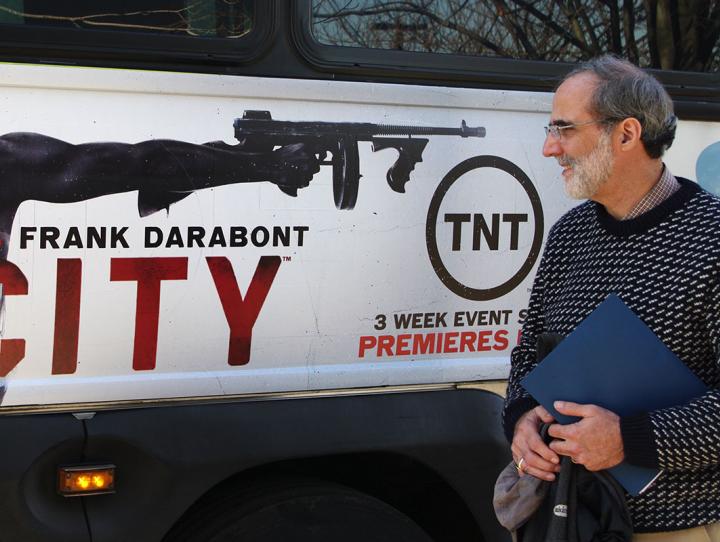 After Santa Barbara, the world needs us to continue Jesus' message of nonviolence

In Nigeria, the kidnapped victims are girls. In Santa Barbara, the shooting victims were intended to be young women. In both cases, the perpetrators were men wielding guns. In Nigeria, the men were convinced of their gender supremacy, but they needed their guns in a misguided – and tragic, effort to prove it. In Santa Barbara, the killer stoked his misogyny and psychotic need for revenge by spraying gunfire into the sidewalks of a college town’s Friday night activity. 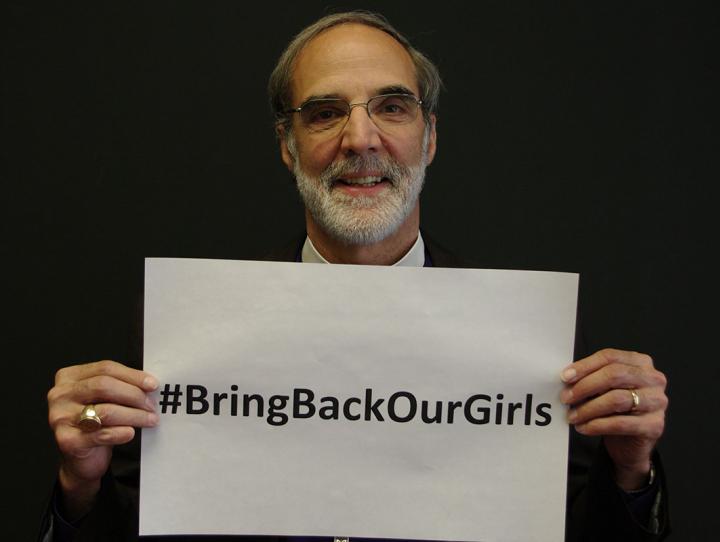 Prayers for the kidnapped Nigerian girls

Many years ago, I was while serving as Rector of All Saints Church in Worcester, Massachusetts, Archbishop Desmond Tutu came to preach on the occasion of his granddaughter’s baptism (whose family were members of the congregation). Bishop Tutu began by thanking us, which was a bit unexpected – given that the packed church was filled with gratitude for his being there – and for his spirit, witness and passion. Bishop Tutu said our prayers – and those of the rest of the world, ended apartheid in South Africa. He thanked us for that. 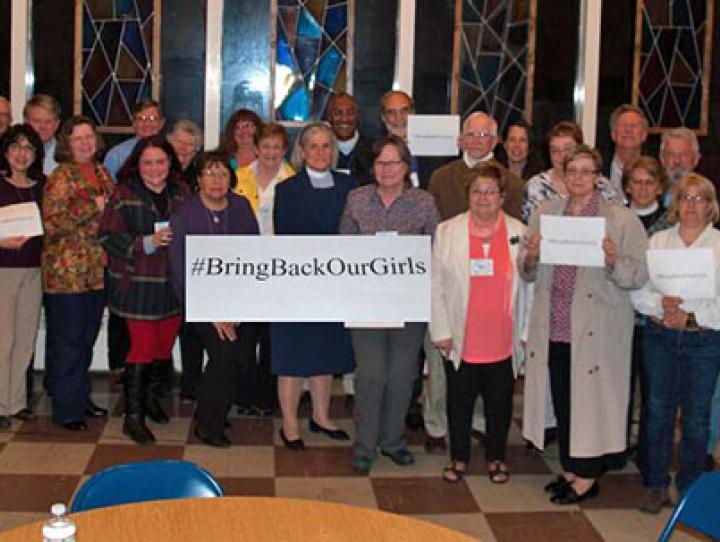 The French are fond of saying, "The more things change, the more they stay the same." Nearly 2000 years ago, the outraged Herod summarily ordered t