The Spirit of Ubuntu 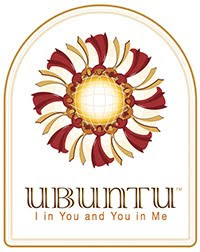 For several months, I have been making the case that we are all in this together. Put another way, we live together in ubuntu. Ubuntu is a Bantu word introduced to the church by Archbishop Desmond Tutu. It means “I am because you are”. Ubuntu was the theme of General Convention. Ubuntu is a Gospel challenge. Ubuntu is becoming a key element in the ether of the Episcopal Church.

Ubuntu stands in some tension with a defining philosophical concept in the Western world: cogito ergo sum (“I think, therefore I am”). First coined by Rene Descartes in the 16th century, this concept has enabled people to claim their unique identity and their essential integrity. Which has been a good thing. Yet when left alone – without the balance of ubuntu, or the notion that we are all in this together, or a commitment to community – it creates rampant individualism; and leads people to take refuge in separate silos, holding on to what they have – sealing themselves off from the rest of the world.

When I am under stress or confused or overly tired, my psyche’s default place is to retreat into my secure silo. To live with an illusion of safety, encircled with a cloak of certainty. It then becomes all about me. This is a common response. I am convinced that the current health care debate is less a political struggle than a psychic, if not a spiritual one: that the stress of the economy and the uncertainty of the future has caused people to aggressively protect the health coverage they have. There is only so much insurance or health care to go around, this argument goes; and so you better get what you can. If others lose out, well, that’s the pity.

The real pity is to think that we live in isolation and independence from one another.

I am grateful for the emergence of ubuntu in our church. I see it as a corrective to rampant individualism. I see it as an invitation to discipline and the strengthening of community.

And what is the discipline of ubuntu? At least three things. First, to live in gratitude, not just for one’s own blessings, but for the blessings and hopes of others. I have discovered that the discipline of gratitude is the best antidote to fear. Second, to pray. Every day. And to pray – with intention, for others; especially for those “others” whom you have kept (for whatever reason) in a different and distant silo: the people we don’t understand, the people who drive us to distraction. When we pray for others, we are creating ubuntu.

The third way is to have a discipline of giving. Giving from the inner recesses of the silo (which breaks open the silo). Giving regularly. Giving abundantly. Most of our churches have started – or will soon start, their annual stewardship campaign. My hope and prayer is that these programs will be more an exercise in people’s need to give than the churches’ need to receive. That the stewardship enterprise will reveal the spiritual truth that our wealth is measured by what we give rather than what we own. That our giving generates the gift of ubuntu.